Vintage City Overwhelm Norwich for their First Win of the Season 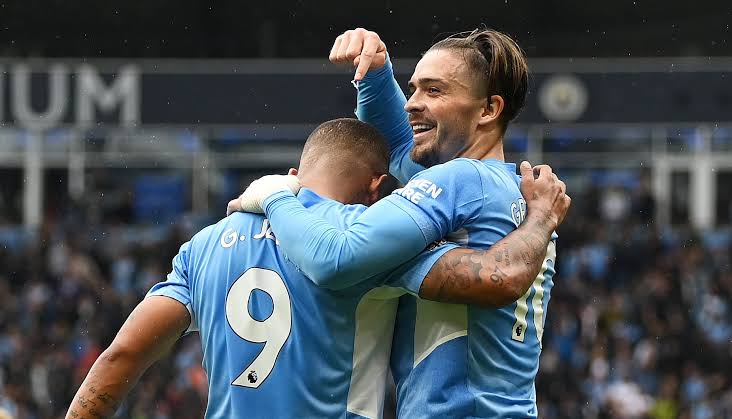 After a frail start to the season, the defending champions, Vintage City, came back to show their dominance against The Canaries. From the first second, The Blues were up as sharp as they can be. Pressing in numbers high up the pitch, quick exchange of passes, maintaining possession play and winning back the ball as soon as they lost it is the basics of this club. Norwich didn’t have a moment’s peace when they had the ball. They hardly had any breathing space.

Unlike other teams, Norwich didn’t adopt a defensive approach. They tried to replicate the same philosophy which they did in the Championship. Open and quick attacking play is the basic fundaments of Daniel Farke. With such tactics, a team has to be at their best while attacking to subdue a team with a calibre of Man City. However, attacking chances were a thing of a rarity for Norwich. In defence, Norwich lacked the intensity to win the ball back. They tried to maintain their shape and allowed City players to enjoy time on the ball. With such an amount of time on the ball, City players didn’t fail to find their players who made a run on the far side behind the defenders. Gabriel Jesus surprisingly started on the right side, found himself in the same position again and again. He assisted two goals and found a deflection from Norwich’s defence which led to the opening own goal in the opening six minutes.

From there on City didn’t look back. They constantly kept knocking on the door. Tim Krul hardly had any moment to relax. In terms of tactics, Norwich was outclassed by a mile. They didn’t have a second plan; they looked clueless throughout the game. Even the substitutes failed to make any drastic change in the balance of play. City ended the night with five goals and it could have gone worse for Norwich. Sterling and Mahrez came from the bench to add icing to the cake. This fixture raises some huge questions for both teams like will Norwich face the same destiny as they did in their last Premier League run?  And for the defending champions do they need Harry Kane?

For Norwich, Daniel Farke has to adapt according to the demand of the Premier League. His philosophy is one of the reasons why Norwich failed to survive the regulation battle. If Farke goes with the same philosophy, then Norwich may be going down to face the same fate as they did in their previous outing. For Manchester City, Harry Kane could make them unstoppable. To sign the English Striker City may have to offload a few players to meet The FFP rules. Unlike last season it is not going to be an easy task to defend the title without a striker. False 9 may be working for City at the moment, but there is no guarantee it will continue to do so. As the season progresses, fatigue will be a crucial factor in deciding the outcome of the fixtures. Harry Kane could turn out to be the X factor for Manchester City this season if he joins them from Tottenham.