Virat Kohli Resigns as the Test Captain of India, Thanks BCCI and M.S.Dhoni Before Leaving 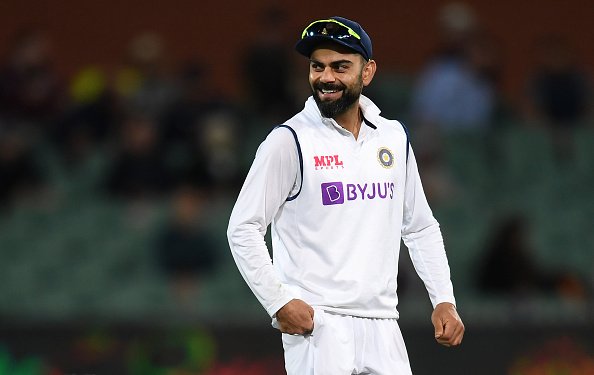 Virat Kohli, the test captain of India, announced on social media that he is quitting the position of the Test Captain of India. His decision coincided with India’s defeat against South Africa yesterday. Because of his strained relationship with the BCCI, he took to social media to announce his decision. Earlier, he had resigned from the post of T20 Captain, after which the BCCI shockingly removed him from the position of ODI Captain too.

Virat was appointed as Test Captain in 2014 after the resignation of the then skipper, Mahendra Singh Dhoni during the India-Australia series. Under his captainship, the team of India had witnessed remarkable wins. India won 48 test matches out of 60 while Virat served as the Indian Test Captain.

While stepping down from the position of Test Captain, he thanked his mentors Ravi Shastri and Mahendra Singh Dhoni for their valuable contribution towards making him what he is today. He also thanked the BCCI for the opportunities provided to him as the Test Captain. He added that it had been a journey full of hard work and turmoil which lasted over 7 years. The 33-year-old also added that he had given his 120 percent to the Indian cricket team and Indian cricket.

Many were shocked by his decision, including ex-Indian cricketer Suresh Raina. Mixed emotions outplayed the ex-test captain's resignation today. Virat Kohli will no longer be seen as the Captain of India in any format of Cricket, may it be Test, ODI, or T20.