What Lies Ahead For IPL In The Next Year? 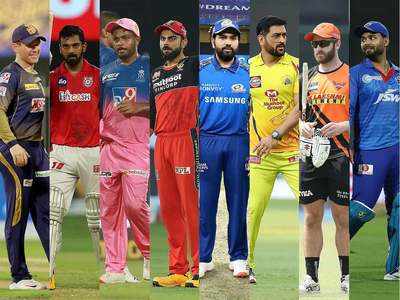 Good news for the cricket fans out there! The Board for Control of Cricket in India (BCCI) has decided to announce the blueprint, for the Indian Premier League (IPL) for the next season. It has been reported that there would be two new franchises, for the next year and other things which would be included are player retention, mega auction, and salaries of the players. All these decisions would be taken, between August 2021, and January 2022.

A document to decide the inclusion of two new teams would be brought,  up in mid-August, and bids for the same would be opened in mid-October and would be timed during the second phase of the IPL.

Many people have shown interest in these franchises, such as RP Sanjiv Goenka, who is based out of Kolkata, the Adani Group, which is from Hyderabad, Aurobindo Pharma Ltd., And the Torrent Group who is from Gujarat. And there are also some corporate and private entities, who are studying this process now.

The Board has also decided to increase the salary from Rs. 85 crores to Rs. 95 crores, which also implies that Rs. 50 crores, would be added to the total salary pool between the 10, teams. All the teams are required to spend at least 75% of their total purse. And in the next three years, the amount for the purse, would increase from 90 to 95 crore, and also increase to 100 crores for the 2024 season. The policy for retaining the players has also been decided. A franchise can maintain four players but on conditions such as that they can include three Indian players and one overseas player or two Indians or two overseas players.

During a recent interview with the Times of India, an official from the BCCI said, “There are some players who would not want to be retained and would like to go to the Auction pool. And the reason for this is an increase in the salary and the addition of two new teams."

The Board has also decided to hold a media-rights auction, towards the end of this year. And from the year 2023, IPL will begin in March, so that more than 90 plus matches can be conducted smoothly between 10 teams. And a total of 25% increase in the value of media rights is expected.

Now let’s analyze how the franchises are preparing for these developments.

. Royal Challengers Bangalore, IPL franchise, had announced on Thursday that they would be appointing Prathmesh Mishra, as the new chairman for the team.

. Mishra is serving as the Chief Commercial Officer of Diageo India currently.

. Mishra, who has replaced, former RCB Chairman, Anand Kripalu, who decided to retire as managing director and chief executive officer of Diageo India on June 30.

During a recent interview with the Times of India, Mishra said, "RCB is an important part of Diageo India, and we share a similar passion. I am quite excited about working with Virat Kohli, Mike Hesson, and Simon Katich. And I am also grateful to Anand for his contribution towards RCB."

Mishra has led the commercial function at Diageo and has also been part of its Executive Committee. He worked as the Chief Operations Officer for the Western region in 2014.

Almost after six months, Emerging Media (IPL), which is a UK based company, and was founded by Manoj Badale, have decided to increase their stake for the Rajasthan Royals, IPL franchise, from 36.7% to 50%, in an estimated amount of US$ 26 million. They have decided to up their game. The company owned by Badale has also increased its stake by 15% more and has also decided to rope in New York-based Red Bird Capital Partner, which is a global investment company for sports businesses.

Exclusive interview: The whole KKR franchise is like a family to me, says young bowler Kamlesh Nagarkoti