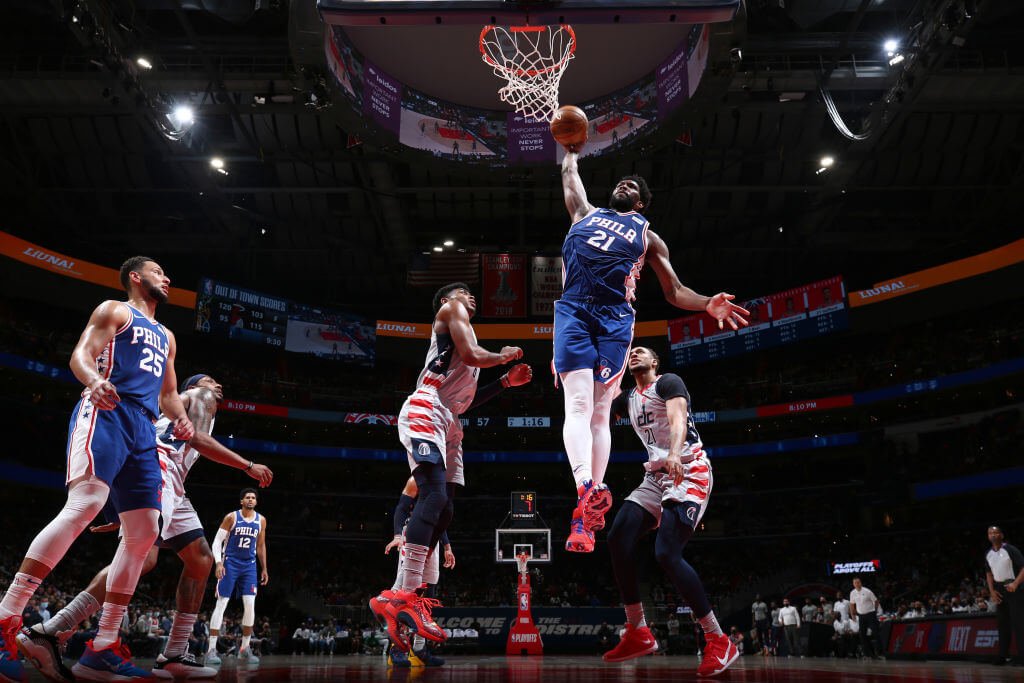 While it was Google’s top search in the United States, the NBA was the fourth most searched topic in the world in 2021. The NBA is the most followed sports league on social media, towering on Instagram (62.7 million followers), Twitter (35.8 million followers) and TikTok (14.1 million followers). Increasingly, the NBA relies on its online presence and its presence on the five continents to foster its growth.

But the NBA itself did not spread a love for basketball all around the globe. While the mythical Michael Jordan era once existed as a token of the success of the U.S. soft power and was understood to be the reason basketball was popular all around the world, the history of basketball shows us that the NBA simply tapped into a resource of pre-existing lovers of the game.

The dynamic between top-down (from the NBA to the “streets'')’ and bottom-up (from the playground to the NBA) approaches has always been at the core of basketball’s success, and its spread around the world. The NBA’s success is owed to the people who understood how to navigate this dynamic and built strategies to have fans relate to this mythical league.

Another cue as to how the NBA successfully accomplished that feat is to look at the proportion of non-american players in the league today, as well as the success of some of these “international” players. The influx of other “schools” of basketball is arguably a great addition to the league, and some of these international players ended up reaching the Mount Everest of success, thus in turn fostering the renewed interest of international fans.

But to understand how a sport that is primarily considered “American” got such keen interest in all five continents in the first place, we should look at its inception. Basketball was invented by James Naismith, an American-Canadian educator in the U.S.,  who was part of the Christian movement YMCA (Youth Men’s Christian Association). This association, founded in London, U.K. in 1844, was intrinsically vital to the spread of basketball.

Having outlets in all corners of the world, this missionary movement, focused around the values of healthy body, mind, and spirit, transported this new sport across the British empire, but also in Christian communities outside of their kingdomship.

While James Naismith himself participated in the spread and institutionalisation of basketball in the U.S., his former students exported the game in these affiliated communities where it was warmly received by indigenous populations. France, Spain, Germany, Israel, China, Southeast Asia and Australia adapted the game with their unique twists and started developing professional leagues between the 1930s and 1960s.

The popularity of this game and its adaptability to environments and cultures made it extremely popular around the world. Thus, when the NBA’s success hit an all time high in the 1990s, populations around the globe already had a keen interest in the sport of basketball itself. This is a situation that the NBA has been banking on ever since.

The international success of the NBA is also due to its own diligence to spread its brand internationally. The first ever NBA game played internationally took place in 1978 in Tel-Aviv, where the Washington Bullets played the local team. Every year, similar events happen all over the world. Paris has hosted an NBA game every year since the end of the 1990s, and Madrid, London, Tokyo, Beijing or Abu-Dhabi were also added to the list of cities where official rosters scrimmaged pre-season games, which, though they do not count towards season results, remain somewhat competitive. This allows fans to attend NBA-like events, and offers them the possibility to witness their idols without having to travel overseas.

The NBA has also shown initiative towards funnelling young prospects across the globe by implementing Basketball Without Borders. The first initiative is a set of basketball camps which are held worldwide and are meant to provide young and raw talent a scouting chance outside of the traditional American highschool path. This was implemented by the NBA alongside FIBA (its European counterpart) as a global basketball development and community outreach program.

The most remarkable alumni of this program is the powerhouse Philadelphia’s 76ers Joel Embiid from Congo, who was discovered through this program, leading to a successful college career and an even more successful NBA career. Last year, in the 2021-2022 season, Embiid led all NBA players in points scored per game (30.1) and was runner-up for the MVP award. A remarkable feat, especially considering Embiid's lack of basketball experience prior to entering the Basketball Without Border program at age 16.

Embiid is one of many international players to shine in the modern NBA. The overall brilliance of the likes of Embiid, Serbia’s own Nikola Jokic (two times MVP over the last two years), Greece’s Giannis Antetakoumpo (back to back MVPs the two years prior and 2021 NBA champion), or Slovenia’s wunderkind Luka Dončić were never evident from an NBA standpoint, as their rise to superstardom has been heavily criticised on American sports medias such as ESPN. In fact, their success in the league was rather difficult to imagine even 20 years ago. International players were seldom and usually not remarkable from a performance standpoint.

The few exceptions that paved the way for a change can be counted on a single hand’s fingers: NBA Hall of Famer Hakeem Olajuwon from Nigeria won two championship and had a stellar career in the 1990s, though many will argue that his two championships won with the Houston Rockets were predicated on the absence of Michael Jordan, who had temporarily retired from the NBA during that span. Dražen Petrović and Arvydas Sabonis were two remarkable European players, although their careers were drastically shortened by injuries or sudden death. And finally, Dirk Nowitzki from Germany, whose 20 years tenure with the Dallas Maverick yielded an extraordinary championship win in 2011 and a Hall of Fame status. Tony Parker from France and Pau Gasol from Spain also met success in the 2000s and 2010s.

The first one is that it diversifies the styles of play. For the young prospects about to be drafted, there is a difference between international players who have played in pro clubs for years against grown men and young American talents who played in the NCAA (the American university programs). These two different experiences bring about different skill sets: the international players traditionally rely more on fundamentals: passing, dribbling and shooting. While on the other end, players which are highly scouted in America are the ones which rely more heavily on athleticism. The focus on “traditionally” is relevant here, because this affluence of highly skilled international players has already started to shift the American way of thinking about draft prospects.

Scouts have already started to realise the benefits that early fundamentals play styles can bring to the table. The stellar success of the aforementioned two last MVPs, as well as Luka Dončić (who has the best odds to win MVP this upcoming season) leaves very little room for the naysayers.

The second reason for why the NBA’s embracing of international players is good for the league is that, simply, it allows them to generate “hype” more globally. The international fandom allows the NBA to reach new audiences, thus increasing its viewership. The rise to fame of Joel Embiid, for example, was correlated with a 40% year-on-year increase of subscription to watch the NBA in Africa.

The rise in digital subscription to “NBA League Pass,” which targets the European and Middle East markets, has also skyrocketed, increasing by 30%. This is a concerted effort from NBA executives to promote the league internationally. NBA’s vice president George Aivazoglou, who also happens to be head of fan engagement and European and Middle-East DTC, shared that the NBA’s goal was to make further use of the international players to attract more viewership at an age of ever-increasing digital and global fan engagement.

With some issues revolving around the decrease in domestic TV viewership, the success of the NBA is then arguably tied to the future and growth of international players, and the increased digital viewership they bring to the table.