Will African Teams Come Out Victorious In The Second Games Of The World Cup? 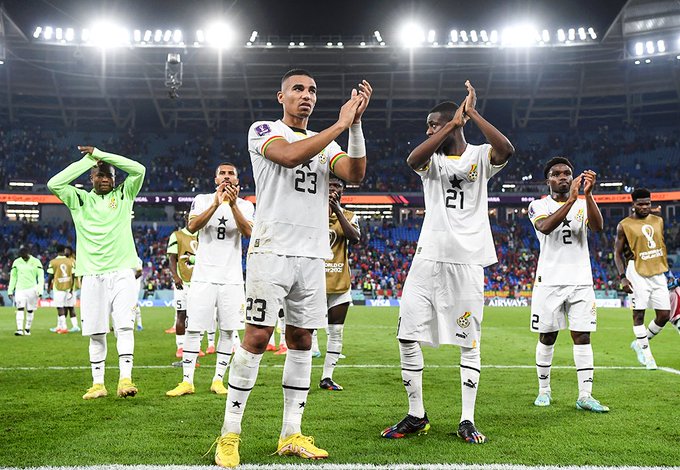 The African countries have struggled in this year's FIFA World Cup campaign. Ghana is the only team amongst the African nations to score a goal courtesy of Osman Bukari and Andre Ayew's goals.

Senegal was noted as the excellent team leading into the FIFA World Cup, given their outstanding Africa Cup of Nations campaign. However, the absence of their talisman Saido Mane has impacted the team dynamic immensely. The announcement of Mane’s absence comes three days before the tournament kickoff, forcing the lions of Teranga to adjust and formulate a system that will exclude Mane’s presence, which will be missed.

Meanwhile, as much as Cameroon is the most minor expected team to cause a significant change, their force upfront would have been expected to break the duck for the African teams.

Cameroon finished with the most goals in the AFCON 2021, scoring 14 goals. The Indomitable lions scored seven goals in the group stage of the AFCON campaign, and that’s on its shows that Cameroon can achieve goals.

With Vincent Aboubakar in their team, his goal-scoring ability would have suggested that he might have been the forceful weapon. However, he started on the beach in the game against Switzerland. Cameroon had moments, but they did not take their chances, which they lived to regret as the Swiss capitalized and came out victorious.

Tunisia and Morocco proved to be very efficient in their defensive play in their respective games, as they walked away with a point. Both teams played with challenging opponents, but their defensive blocks came to life to secure a crucial moment.

The 2010 quarter-finalists Ghana proved their World Cup pedigree as they managed to break the duck for the African teams. However, Portugal proved to be a challenging task for them. The Black Stars are amongst the three African groups to have reached the quarter-finals of the FIFA World Cup.

However, the Black Stars have performed way better than their fellow African countries. Ghana managed nine shots and 387 completed passes.

The Ghanaian coach Oddo Atto stated that Ronaldo’s goal was a gift.

Suppose somebody scores a goal, congratulations. But this was a gift. A blessing," Addo said. "What more can I say? (It was) a special gift from the referee,” he said in the post-match interview.

"I think it [the penalty] was the wrong decision," he added. "I don't know why VAR didn't come up. There's no explanation for me. And then it isn't easy against a world-class team when they are leading.

"I asked some people outside with FIFA if I can talk with the referee calmly and quietly, but they said he's in a meeting and it's not possible."

Nevertheless, as much as the African teams have started on the wrong foot, they have never in the history of the FIFA World Cup ended the campaign without a win. African teams have a 70 percent winning rate in the group stages, and it will be seen if they can maintain that winning momentum as the second games are being played on Friday, 25 November 2022.