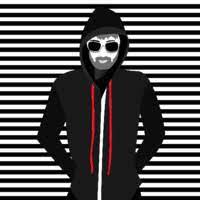 Interviewing Jack Rhysider on  17th October made me aware about how irresponsible an average internet user is when it comes to considering details of their lives they would want the online world to know, which may leave out  digital trails that might lead back to them. Jack being a strong advocate of internet privacy was very quick to realise this fact.  Jack began his journey of podcasting 4 years ago, to enlighten an average internet user about the dangers of the internet . Jack maintains an anonymous personality as he  believes the individual narrating  a story isn't as important as the story he describes. None of his fans know what he looks like or where he precisely lives.

Jack answered a few questions about cybersecurity  which I had asked:

1: Jack, thank you for joining me. So the first question is what is your favorite operating system and which one do you use right now?Jack: Oh, I, uh, I’ve always been a big fan of Linux and I really like being on the command line. So I think I like to keep, um, all of them. Uh, fresh because,  they’re all important, right? So windows, um, Mac  OS Linux , the mobile operating systems, the iOS and Android, I think it’s important to be familiar with all of them.  So I use Windows at work, Mac at home Linux for all the servers that I’m running. I like them all for different reasons, but I think Linux is the one I like the most,2: Okay. So why is it that most of the cybersecurity experts or hackers use Linux or Windows or any other operating system?Jack:  You know, this is, um, this is something I look at when I go to Def con. I like to see what laptops people have.And it’s not, I wouldn’t say that’s specifically Linux. I think it’s a big mixture. Some people prefer windows  and there are PowerShell commands and things you can do there that are pretty powerful. So, um, I’ve, I’ve seen quite a bit of people using windows.   I think, with Linux, you can, you can craft,  and  you can get under the software and tweak and do things that you just can’t do with other operating systems. You can really, you can really manipulate the operating system to do what you want.  I think that gives you a little bit more of an advantage3: So why did you choose to be a cyber security expert? What appeals to you about it?Jack: I didn’t know  that’s what I wanted.  I wanted to just be an engineer.  The IT technical engineer of some kind, and later I got a networking certificate, the CCNA. Then,  I got a CCNP network, and a route switch. Um, The company I was working with called me and said, we have a place for a,  security engineer.Do you want to apply?. I said, yeah, I don’t know anything about security though. So, um, I applied and they really liked me, so they took me on, but that’s when I really realized that,  this is where I want to be. And it was because security requires you to know a little bit about everything in technology.Just like I was saying with the operating systems, I can’t, I can’t just know one, I have to know them all because there are attacks coming in and all of these ones, right? Even if I ignore one, there’s going to be something else that’s going to happen. So I have to know just a little bit about all the things and that’s kind of where my background is.It’s  going to university taking one course on each different subject, you know, many different operating systems, many different programming languages, the way that files are handled, you know,  all the different things in computers is what they teach you at at the university. Now I had to apply that as a security engineer, understanding the fundamentals of how a computer works and all these different parts of it.And, and, and I had kind of a big understanding of it, you know, a high level. This is how all the pieces come together. It clicked and it all made sense. Once I became a security engineer, this is what I want to do. This is what I love doing, because I like knowing everything about tech.4: That’s really great. And how do you think the, how do you think, think things are going to change in the field of cybersecurity in the next 10 years or so?Jack:  I think  it’s a race right now. Being able to break security and then being able to patch security. So the big, the big race is in quantum computing, right?So the worry is that quantum computers are going to be able to break all encryptions. Well, if that’s the case, um, it makes this quantum computer much more powerful. A regular computer. So what encryptions could it make? Right. So with these new tools that we have to break encryption, it also gives us new tools to make even more complicated encryption, which will be encryption much more advanced than we currently have, um, which would take even more, uh, advanced machines to break.Right. So it’s, it’s that kind of race that I see in the future between AI and,  quantum computers. Um, like learning and being more aware of what’s going on. Um, I’m hoping that we can have like, um, compilers and, and programming languages be able to spot and identify security problems as well as a highly trained security auditor.Right. So they should see that there could be a SQL injection here, and this is really hard for the compilers of today. They can’t spot these kinds of things.  so I’m hoping that, you know, we can use these tools in the future to help secure us even better5: Also, I have observed that in most of the interviews, you, you always maintain an anonymous personality.You never show your face. Why is that so?.

Jack: Oh, for many reasons.  I think to start with when I was first just making stuff online, I made a video on YouTube when somebody liked it so much that they wanted to try to message me, but I didn’t see their message. I didn’t reply.  So they tried to find, uh, okay, where is this person located in the world? And they found some info. By identifying, you know, monuments in the  video and trying to figure out, okay, where are those in the world? And found out exactly where I shot the video and then, uh, And then looked up like the street address and then looked up public records of who owns that house and then found out where my name and then took that and found out where I worked and then find my email address at work and messaged me at work saying, Hey, I’m a big fan of your YouTube channel. I’m like, okay, this is really creepy. So, you know, after that, I decided to not put so much stuff on that. But at the same time, I’m a big privacy advocate.  I think we can still have a very enriching and fulfilling online life without having our personal stuff out there. We can still make friends, and interact with people that we know. Do we just don’t need to have our face out there and, um, you know, other, other personal information, like what your family life is like? or whatever. So, uh, yeah, I just don’t think it’s important and I think it has a lot of negative consequences to put that stuff out there. So that’s why I don’t do it.

6:That’s it Jack, thank you for joining me.

Jack:  That was quick. Okay. Thank you.