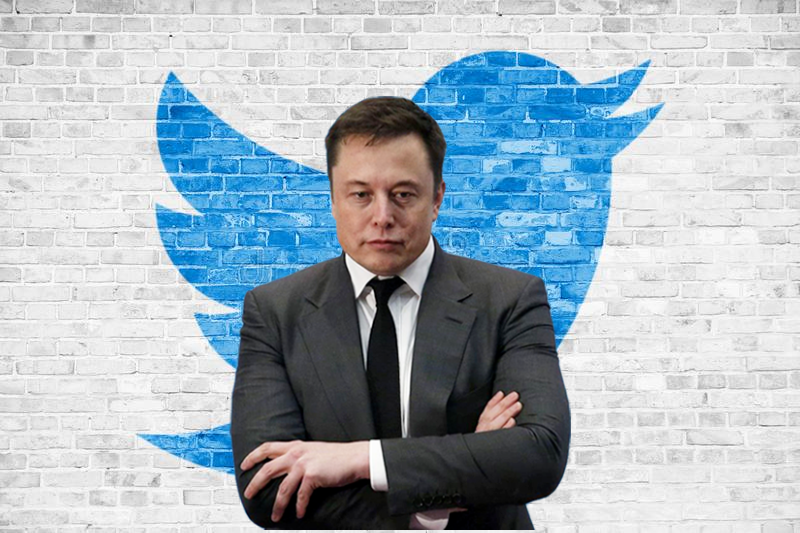 One of the largest social media platforms and a common source of news has been under Elon Musk’s management since October. Changes in leadership put Twitter in the spotlight of several major controversies, where the topic of free speech became a red thread running across the public discussion. Initially, Musk claimed that he wanted the people to have their own “digital town square”, promising “amnesty” for previously suspended accounts and expressing his hopes that even his “worst critics remain on Twitter because that is what free speech means”.

He also stated that “negative/hate tweets” will not be promoted and are going to end up being demonetized. “Freedom of speech, but not a freedom of reach” was announced as a new policy by Musk. Many users have raised a question: who will define negativity on Twitter?

The answer came in the form of a disbandment of Twitter’s Trust and Safety Council. It used to be a volunteer advisory group, composed of different civil rights activists, scholars and alike organizations, which were assisting Twitter in addressing hate speech, child abuse along with other online safety issues. Musk defended his decision by accusing the Council of lack of action regarding child exploitation on the platform. Alex Holmes, an ex-member of the team, mentioned that the Council used to only bear consulting character and “at no point was it a governing body or decision-maker”.

As it comes to “no freedom of reach”, Musk kept his word and banned a Twitter account which was tracking his private jet. The account was led by Jack Sweeney, a college student and allegedly Musk’s fan, who used publicly available data on the flights to track the jet. He also created an account to track other famous people’s jets, including Mark Zuckerberg, Taylor Swift, Kardashians and many others. @CelebJets would track the levels of carbon-dioxide emissions from the short flights celebrities took, however, no one (apart from Musk) has been confronting Sweeney about this so far. Accounts which had been posting open-source information on the private jets of Russian oligarchs got suspended as well.

Elon Musk refers to Sweeney’s activity as doxxing - releasing private information about someone with malicious intent and without this someone’s permission. Specifically, this is about identifying and tracking a real-time location of an aircraft; “posting locations someone traveled to on a slightly delayed basis isn't a safety problem, so is ok”, Musk tweeted.

However, by banning Sweeney, Elon did break another word. A month and a half ago, the billionaire expressed his dedication to freedom of speech by claiming that @ElonJet will not be banned despite a safety risk.

The story spread across the press and soon enough, several journalists including the ones from The New York Times, The Washington Post and CNN, found their Twitter accounts to be suspended as well. According to Twitter’s official statements, bans were based on a breach of the platform’s new policy and so everyone who posts direct links to ElonJet would be suspended.

Later, Musk had an audio conversation with said journalists on Twitter Spaces. They emphasized that any mentions of ElonJet were a part of “normal journalistic endeavors” throughout reporting the story. Musk classified this as “ban evasion”, saying that posting a link to real-time information is no different from actually showing it. The discussion was eventually abrupted; Musk left the conversation while being asked why such rare occurrences (meaning journalists from The Washington Post and The New York Times getting suspended from Twitter) happened under his management.

Facing backlash from the public, the EU and the UN, Musk reinstated the accounts of journalists, while ElonJet and Jack Sweeney’s private accounts remain suspended.

Earlier on, Elon Musk was enwrapped in another controversy called Twitter Files, which revolved around shadowbanning. This time, the billionaire was in the role of an exposer. He shared correspondence between Twitter employees and internal documents with two independent journalists. The correspondence came from the period before Elon Musk took over Twitter and was centred around the issue of moderating content on the platform. As it appears from the threads where journalists share their findings from documents, Twitter’s executive team engaged in meddling with the visibility of certain accounts or the entire trends with a tilt towards silencing the right-wing voices. A large portion of threads is dedicated to the procedure of suspending Trump’s account during the period of the Capitol Hill riots. Evidence shows the involvement of the FBI.

Some argue that the tilt can be explained by possibly selective coverage. Twitter Files do not address the decision-making process around bans of left-wing accounts which had also been occurring before Musk. Access to the documents remained only in the hands of the two journalists Musk trusted, which raised concerns regarding context. The published bits also show that Twitter’s team faced pressure from both Republicans and Democrats over various tweets and news stories.

That being said, Musk himself has already been accused of shadowbanning. Paul Massaro, the foreign policy advisor for the US Helsinki Commission, was one of the first to request an explanation from current Twitter’s CEO. For unknown reasons, shadowbanning measures touched Ukrainians. UNITED24, a popular account of the Ukrainian state-affiliated media platform, stopped showing up as a suggested result in a search bar. This was discovered on the same day as the disappearance of the Ukrainian dialing code from Twitter’s database. It prevents Ukrainian users from registering and logging in using two-factor authentication. It is also impossible to get a blue checkmark without a confirmed phone number. The day before these discoveries, Musk tweeted that “bots are in for a surprise tomorrow”. No comments on the matter itself have been provided yet.