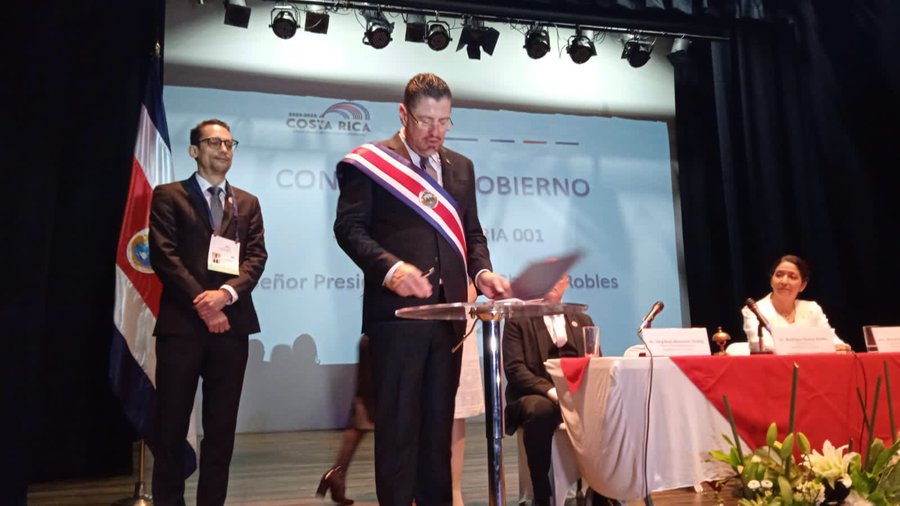 The Conti ransomware gang is emerging as a major geopolitical threat in Costa Rica. Rodrigo Chaves who became the president just 10 days ago declared a war against the Conti Ransomware gang on Sunday, which disrupted 27 govt. institutions. He declared these hacks a national emergency and blamed the previous government for neglecting this gang. In some rare circumstances, a national emergency permits the government to take some actions without legislative approval. Civil servants received input from the govt. treasury that the ransomware had disrupted the automatic payment service due to which they won’t get paid on time and requested them to apply for their salary through email or paper. The hack disrupted the tax and the customs system which affected the country's foreign trade.

Conti’s modus operandi is unlike most other ransomware gangs. They demand ransom after the encryption of the data and then post the data dumps publicly on the darknet if the ransom isn’t paid. The gang posted the government’s confidential data worth more than 600 Gigabytes online and warned it will publish more. It has warned the government that it’ll delete the decryption keys required to decrypt the government’s data if it’s not paid under a week.

The gang is supposedly based out of Russia and has doubled its ransom demand to $20 million from $10 million.  Its members appealed to the Costa Ricans online to go to the streets and demand the ransom. They’ve made a pretty unusual claim of overthrowing the current regime using a cyberattack, something which we’ve neither heard nor seen it ever happen.

Chaves on 16th May local media that it would not be an exaggeration to call it a war because they’re dealing with an international terrorist organization and that it’s clear there are some colluders within Costa Rica. However, he doesn’t look like he is going to pay the ransom. The US government recognized the threat this gang poses and has put a $10 million bounty on the masterminds of the Conti group.

Many hackers have disrupted local government bodies in the past, but it’s atypical to see such an aggressive attack on a state. Conti has perpetrated many high-profile hacks in the past. It disrupted the Irish Health Service in May 2021. Ransomware gangs are a rapidly growing threat that rake in billions of dollars and are only limited by their desires, said Jon Miller, the CEO of anti-ransomware platform Halcyon.