Incels: Inside A Community of Hate 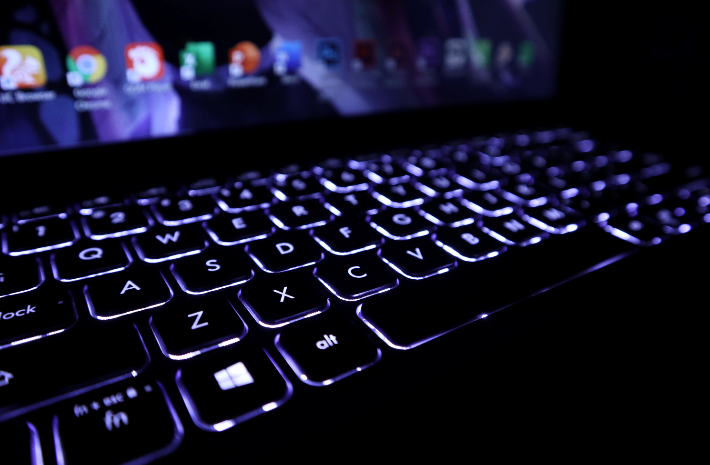 On the 21st of August 2021, Jake Davidson shot and killed his mother in her house, before killing four others and then himself in the streets of Plymouth.

Although the police have not officially identified a motive behind the shooting, UK newspapers such as the Guardian and the i, as well as the BBC, have linked Davidson to Reddit forums used by incels – short for “involuntarily celibate” and the name of a community of men who consider themselves unable to attract women sexually, and thus have extremely negative and misogynistic views of women.

This is not the only shooting to have been linked to the incel movement.

In April 2018, a Canadian man killed ten people, predominantly women, in a van attack in Toronto. A couple of weeks after the attack, it emerged that the killer praised a misogynistic mass shooter, Elliot Rodger, on Facebook just minutes before the attack.

Rodger, a 22-year-old from California shot and killed six people before killing himself in a mass shooting in 2014.

In his Facebook post, the Toronto shooter, Alek Minassian, affirmed that “The Incel Rebellion has already begun! We will overthrow all the Chads and Stacys! All hail the Supreme Gentleman Elliot Rodger!”

Jonathan Griffin, a reporter at the BBC, interviewed members of the incel community in 2018 in an attempt to understand their views and their understanding of the world. Most of the men on online sites refuse to come forward, especially after the Toronto attacks of 2018 which were widely publicised to be linked to the group.

Griffin found some meaning behind Minassian’s post. Incels believe that they are inferior – not only in looks but also genetics – to “Chads”. The way that a typical “Chad” is portrayed seems laughable – a badly-drawn cartoon with bulging muscles, neon-green trousers, a chiseled jawline, and just four fingers on each hand – but, as Griffin reports, it is significant as it propagates an “us v them" mentality.

In turn, “Stacys” is what they refer to women as, and in particular attractive women. Incels are extremely misogynistic and believe that all women are “money-grabbing, promiscuous and manipulative,” as Griffin puts it in his report.

Griffin interviewed a young man about what drew him into the incel community when he was just 15 years old. Using a fake name, Griffin describes how Matthew discovered the idea on 4chan, a user-run messaging board that has been linked to extremist views on misogyny as well as alt-right and fascist ideology.

“I was quite overweight. I was very socially inept and my friendship circle was quite restricted. As a result, I was very insecure.”

“Having someone who was a girl, who had broken my heart, just further strengthened that insecurity,” he went on.

“I had resentment towards a particular person, but after speaking to people on the internet, they tended to convince me that [cruelty] was a common attribute among women. Which is quite terrible, now I think about it.”

“It was this idea that all women were inherently manipulative. All women had an intent to exploit men.”

Rodger, the Californian shooter, appears to be the inspiration of many attacks since his 2014 rampage, including the 2018 Toronto attack. Rodger’s ‘manifesto,’ between the misogynistic and racist slurs, captures the central motivation behind the incel movement: the self-inflicted assertion that incels are men with whom women do not want to have sex.

Rodger is regularly discussed in incel forums around other comments, which Griffin describes as looking ‘like dark humour but at other times they appear more serious,’ including egging others to commit violent acts and encouraging suicide. Griffin describes one thread of someone saying they wished to take their own life.

Instead of offering support or help to the individual, other incels commented messages including “DON’T be selfish. Go to an elementary school and kill some children before you commit suicide. Please!?!” These messages are not uncommon in incel forums, which social media sites such as Reddit have attempted to ban.

Griffin also spoke to someone attempting to fight back against incel culture online, a Canadian woman who he calls Emily, due to rape threats that she has received. She told Griffin, “The day after the [Toronto] attack I saw a British student who was an incel. He wasn’t let into medical school because – he said – a woman interviewed him and thought he was too ugly to be a doctor.”

“He was planning to kill himself that night and in the comments section were people encouraging him to take revenge and ‘not go down alone.'”

“They’re posting violent memes. They’re encouraging each other to attack people and no one is doing anything about it. If Isis was doing something like this, it would be shut down immediately and people would be arrested.”

According to the New America think tank, a solution to the incel problem, and to prevent similar shootings as in California, Toronto, and Plymouth in the future has five parts.

Firstly, it is essential that access to mental health services is thought of as a social good – although this is not a solution to ideological violence.

Secondly, interventions should follow the model of successful intervention programmes aimed at extremist ideologies – they are issues that can be tackled in a similar way.

Thirdly, interventions must avoid reinforcing boys’ and men’s entitlement as this could only worsen the problem. The think tank uses an example of a project which aimed to counter hate speech and related violence, by teaching a well-meaning approach through a video. The video depicts a boy asking a girl on a date via text – she declines and he immediately insults her to a friend. The video is repeated, but this time with a version of what should happen using “emotional intelligence, self-concept and healthy coping skills.” The boy wishes the girl well, before asking someone else – who accepts. Although the intention here is good, say the think tank, the result is that it is portrayed that still the boy receives attention from a girl. The boy still receives his ‘reward’ for acting in this manner, and reinforces the notion that boys and men should not be deprived of a reward – to which they feel entitled.

Fourth, New America argues for early intervention to prevent boys’ and men’s ideologies from reaching the extreme of dehumanisation and misogyny. Part of this is ‘de-platforming’ – for example, most social media platforms have banned Andrew Tate for his misogyny after he rose massively in popularity earlier this year.

Lastly, the think tank argues that more research into male supremacism is required, as well as protections for researchers in this area, who, like Emily from the BBC reporting, often receive threats from the very people they hope to help escape their extremist ideologies.

It is clear that the propagation of extremist ideologies on the internet presents a massive problem to society, and tech giants are not doing enough to prevent hate from spreading on their platforms and spilling into the offline world. In reality, like Facebook’s inability to tackle terrorist content, it is an inability or unwillingness to tackle these problems that are leading to their rise. Authorities must modernise in order to deal with the threat of extremism propagated online, or face an increasing number of tragedies on the streets of the world’s cities, each one inspired by the last.

Photo by Mirza Mustofa on Unsplash

The future of digital content: A Look at OpenAI's Dall-E