Litterati: app for cleaning the world 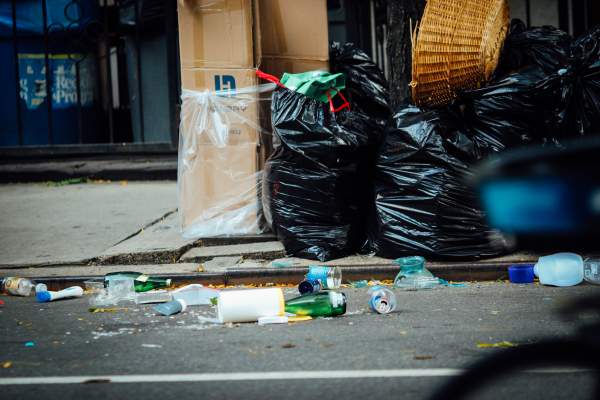 Litter is a challenge that every urban area around the world faces. The struggle requires a collective solution, and that might start with the constant utilization of the phone app called Litterati. The free application incentivizes users to pick up trash, take a picture of it on a device and share it with others. The application is not only a Snapchat for environmentalists but also a crowdsourcing hub of data collection.

Litterati allows users to capture the litter they collect, but it also scans and tags the item by identifying which type of trash they have collected, where they have collected it, and when. With these features, the app presents the world with a genuine picture of how waste is circulating around the globe and why restaurants, large corporations, and similar entities should key in executing environmental policies that are becoming a necessity.

The inspiration for creating this app came from the CEO Jeff Kirschner'sKirschner's regular walk through the woods in Oakland, California. Kirschner was with his kids when his daughter spotted cat litter tossed in the creek, which would have eventually drained into the San Francisco Bay. This encounter brought valuable flashbacks to Kirschner'sKirschner's childhood when his baseball coordinator would tell every camper to pick up at least five pieces of trash before parents would come for the kids. These two factors culminated in Kirschner taking pictures of candy wrappers, cigarette filters, and similar garbage.

The founder started posting photos on Instagram by using the hashtag Litterati. This consistent practice gathered some attention on his account. After a picture of litter on the Great Wall of Chine surfaced on Instagram with the same hashtag, Kirschner realized that his initiative's effect has potentially had a global impact by forming a united community worldwide.

The first step would be to download it from the App or Google Play Store to start using the app. Upon opening the app, the user is greeted with the Impact section that tells the person the total count of the global litter pickup. The section also shows the overall pick up worldwide for the current date. When the person scrolls to the bottom of the page, they can see their activity regarding how much litter they have picked up for a specific day. One exciting feature of the app is that you can always have the blue camera button available no matter which section you decide to check. The button triggers the camera launch, which allows the consumer to take valuable photos.

The activity section includes all the pictures of litter that the user has accumulated and uploaded to the app. The profile sub-menu is available in the top left corner of the app, allowing people to edit their profile and play with the settings. The Challenge section consists of two parts. The first part is the "participating" tab that will enable people to join existing challenges or create their own below. The second part is the "created" tab that tracks the operational challenges that the person is participating in, and it also compiles all of the past difficulties that have expired. The Leaderboard section contains ranking lists that include all of the app users and where they are placed based on the number of pieces of trash they collect throughout the day.

The second part of this section includes a list of countries where nations are ranked based on how many pieces of litter are collected by their citizens. The rankings lists can be changed depending on whether the users pick the log of the last 24 hours, previous seven days, last 15 days, or last 30 days. The tasks section allows people to apply to become Litterati researchers now. Suppose users decide to develop into LItterati researchers. In that case, they can support their city in removing trash, surveying litter hot spots, documenting and categorizing litter data, and collaborating with other cities to receive feedback from surveys.

The application is still developing, but it has proven to be a very successful innovation. The city of San Francisco was curious about finding out what percentage of trash was from cigarettes. The reason behind it was the intention to implement a tobacco tax. The city called Kirschner asked if his app could be a helpful tool in the process. After over 5,000 pieces of trash from cigarettes were collected in the town – the same data was used in court to not only protect the application of the tax but the tax was doubled, which helped generate over $4 million of recurring revenue, which the Golden City can use to perform an internal cleanup.

In his TED Talk, Kirschner stated, "Every city in the world has a unique litter fingerprint, and that fingerprint provides both the source of the problem and the path to the solution." Litterati is one of the pioneering apps for carving a path to a solution that will slowly exacerbate the fingerprint of contamination.