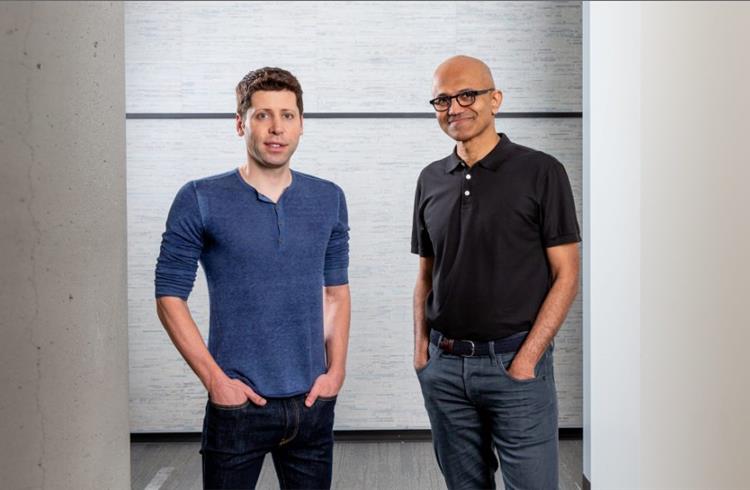 Microsoft is planning to invest $10 billion in OpenAI, the company that created the popular artificial intelligence tool, chatGPT, according to a report from Semafor.

The report was published on Tuesday and focused on the deal being part of the funding round that would value the OpenAI at a gigantic $29 billion.

“In 2019, Microsoft invested $1 billion in the tiny San Fransicso company and since then it has invested  $2 billion over the period of two years,” The New York Times reported in an article. “The news was shared in anonymity by the people who know about the investment but were not authorized to speak to the media.”

A Microsoft spokesperson said in an emailed statement that the company doesn’t “comment on speculation,” while OpenAI did not respond to Forbes’ inquiry

Microsoft paid $3 billion to OpenAI which was used for computing power to build a chatbot. According to the New York Times, this could mean that Microsoft is planning to deploy AI  into its products.

"Microsoft is clearly being aggressive on this front and is not going to be left behind on what could be a potential game-changing AI investment," said analyst Dan Ives of Wedbush Securities

The involvement of Microsoft in OpenAI has been said to be a complicated deal. According to the report, Microsoft will receive 75% of OpenAI's profits until it recovers its investment, after which it will assume a 49% stake in the company.

Though it is unclear whether the deal is finalized or not, the funding amount could change and the potential deal of $10 billion will provide Open AI with a huge amount of computing power.

Last year, the launch of the popular AI  chatbot, chatGPT, made companies in Silicon Valley worrisome as they were now dealing with artificial intelligence technology that could be a threat to their businesses.

In December, Morgan Stanley published a report examining whether ChatGPT is a threat to Google. Brian Nowak, an analyst on Alphabet, wrote that language models could take market share “and disrupt Google’s position as the entry point for people on the Internet.”

The Information reports that Microsoft plans to upgrade its Bing search engine with ChatGPT-powered artificial intelligence. The update, which could come online by the end of March, this year, might give Bing a competitive edge over Google

Google is the world’s top search engine, as it handles more than 80% of all online searches globally. Microsoft's Bing browser processes only about 9% of worldwide desktop searches in 2022.

Search engines like Google crawl billions of websites, index their content, and then rank them in order of relevance. The Chat GPT gives a single, immediate response without requiring additional browsing. According to the Guardian, this would help the firm compete with Google by offering more advanced search capabilities.

"Having this technology available to technologists was one thing,” said AI specialist Robb Wilson, founder of OneReach. “But offering it in a chat user interface and allowing non-developers to start playing with it ignited a conversation."

Satya Nadella, Microsoft's chief executive, has been preparing for this moment for several years, The NewYork Times reported.

“The expectation from Satya is that we’re pushing the envelope in A.I., and we’re going to do that across our products,” Eric Boyd, the executive responsible for Microsoft’s A.I. platform team, said in an interview.

On the other hand, Google authorities said that if they shift to AI so fast it could disturb the company’s reputation. Google’s CEO, Sundar Pichai said in an interview that the company has chat products underway in 2023, reported CNBC.

“Any perceived risk to Google's strong share in search, or any search business model transition, could be an overhang for the stock,” said Bank of America analysts Justin Post and Joanna Zhao. They do not believe ChatGPT poses an “imminent threat” to Google given the chatbot’s limitations.

In a nutshell, with a technological advantage that hasn't been enjoyed for more than two decades, Microsoft is back in the race with its deal with OpenAI

What Is OpenAI and ChatGPT

OpenAI, was founded by Silicon Valley entrepreneur Sam Altman in 2015. It launched its ChatGPT to the public in late November.

ChatGPT is a chatbot that gained its first million users just a week after its launch. It has the ability to gather information and imitate humans.

This viral AI-powered chatbot has a number of different functions, including answering questions, solving math equations, writing texts, debugging and fixing code, translating between languages, creating text summaries, making recommendations, classifying things, and explaining what something does, such as a code block.

ChatGPT is made using the company's technology, GPT-3, which is the internet’s best-known language-processing AI model. The third-generation Generative Pre-trained Transformer, or GPT-3, uses neural networks and machine learning to create any type of text. It generates large volumes of relevant and sophisticated machine-generated text using a small amount of input text.

There are over 175 billion machine learning parameters in GPT-3's deep learning neural network. Analysts consider it better than any prior model at producing text that is convincing enough to seem like a human could have written it.

The viral chatGPT is far beyond answering questions and doing chat. It has led to speculations that it could one day replace professional writers and even threaten Google search engines according to a report published by Morgan Stanley in December.

Semafor asked ChatGPT to write a story about Microsoft investing $10 billion in OpenAI from the point of view of a Wall Street analyst. Check the article here.