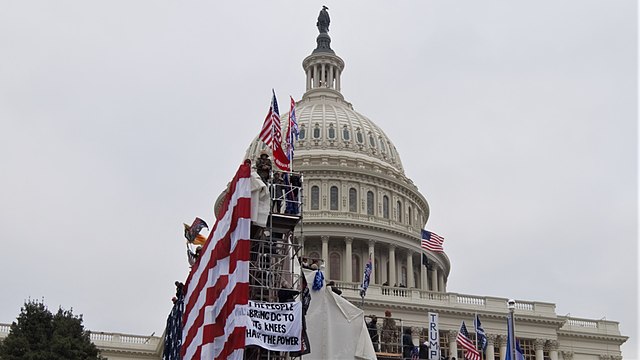 On 14 May 2022 in Buffalo, New York, a White 18-year-old man and self-proclaimed fascist and white supremacist drove more than 200 miles to livestream himself killing 10 Black people in a supermarket and injuring three more. The evidence shows that the attack was planned for months, with the gunman even writing a 180-page document about his motives and allegedly talked about his plans on online chat services such as Discord, 4chan, and 8chan.

Just over a month before the Buffalo mass shooting, Russian forces withdrew from the Kyiv Oblast town of Bucha, allowing Ukrainian forces to move in and record evidence of over 12,000 civilian bodies in what has widely been called a massacre and genocide. Photos published in the world media included corpses of men and women with their hands tied behind their back shot at point blank range and left of the streets. Many bodies were found mutilated and burnt, with girls as young as fourteen reported being raped by Russian soldiers. A basement beneath a campground was used as a torture chamber.

Search for the term “Buffalo shooting” on YouTube and the site presents a series of videos published by respected news sites – the top 12 results on the September 7 were from all videos from CNN, NBC, ABC, CBS, Reuters, or MSNBC.

Search for the identical terms on the video-sharing website BitChute, however, and a different picture emerges. The Buffalo shooting was a “false flag operation” by the government to restrict Americans’ access to guns is the general message of nine of the top ten search results, which have up to 24 thousand views. The videos are exclusively presented by White men and only the first result – seemingly screen-recorded footage from AP, with captions and no voiceover – is factual. Additionally, the livestream of the shooting, which was originally livestreamed on Twitch for just two minutes before the Amazon-owned platform removed it, remained on BitChute for days after the shooting. Many of the videos use a still image from this video as a thumbnail on the site.

Racially motivated shootings only happen “when democrats are in power,” declares one video, which also claims that the shooter was an “MKUltra mind control victim.” MKUltra was a classified programme run by the CIA between 1953 and 1964 when it was wound down and closed finally in 1973, which experimented on using drugs on people to extract information that they were unwilling to give up – in other words, torture. The programme is cited in many baseless conspiracy theories due to the lack of documentary evidence and the nature of the programme.

Similarly, a search for ‘Bucha massacre’ on BitChute brings up a page of videos, which have racked up as many as 14 thousand views, exclusively from White men, all of which claim that either the massacre did not happen – or it was committed by Ukrainians and not the Russians. These views do not come from nowhere: The Kremlin itself claimed the images and videos of corpses were “fakes,” and claims of this nature have been widely disproved by a variety of trustworthy sources.

These are just two examples of where different groups of people are living in entirely different realities: one where trusted news sites are trusted and one where anything resembling mainstream media is immediately considered fake, government propaganda. BitChute and the community behind it is a world of hidden government agendas, a world where COVID is a hoax (“Plandemic”), Trump won the 2020 election, Bill Gates caused the US baby formula shortage, Russians are fighting Nazis in Ukraine, and the world is being secretly run by a ring of lizard people and blood-sucking paedophiles led by Hillary Clinton who kidnap children (Pizzagate).

Last year, BitChute was visited 514 million times, a figure 63% higher than the previous year. The website is funded through donations from users and through paid subscriptions, with a few advertisements shown to viewers who do not have a subscription. That figure is more than double the visitors of MSNBC.com, the online site of the news channel with a reputation for hosting left-wing opinions.

“BitChute’s North Star is free speech, which is the cornerstone of a free and democratic society,” is what Bitchute told Reuters in response to questions from the news agency.

Sites which are being similarly used to spread far-right, racist, and white-supremacist ideologies include 4chan and 8chan, on which users can anonymously post on message boards, which are moderated only by their ‘owner’ with minimal input from the site.

Before three mass shootings in 2019 (the Christchurch Mosque shootings, the Poway Synagogue shooting, and the El Paso shooting), the perpetrators posted their manifestos onto 8chan, a move which encourages ‘copy-cat’ attacks. It is just one way which people can make use of sites which use the guise of free speech to host extremist ideologies. 8chan is also accused of being a home of the QAnon conspiracy theory and child pornography.

In a 2020 report by the Geneva Centre for Security Policy (GCSP) the authors describe how extremist ideologies and fake news spread like wildfire in an online landscape dominated by echo chambers – forming a world which looks entirely different to people occupying different corners of the internet.

As the New York Times put it, “the fundamental design of social media sometimes exacerbates the problem. The algorithms that underpin these networks also promote engaging content, in a feedback loop that, link by link, guides new audiences to toxic ideas.”

The GCSP report describes how the internet, including sites such as 4chan and 8chan, but also mainstream social media such as Facebook and Twitter, provides extremely effective tools for far-right entities to not only spread their ideology but also recruit new members. It argues that social media have not taken sufficient action to prevent radicalisation on their sites. This inaction has allowed the problem to “fester and grow.”

“Right-wing entities are free to propagandize and coordinate attacks,” the report continues, “but more importantly, they can recruit vulnerable people.”

The report closes with suggestions of practices that should be implemented to stop the radicalisation of vulnerable people in this way. It blames an inadequate response to the problem by governments and social media companies, which have allowed racist and white supremacist views to become normalised online.

Image: The Capitol during the January 6 riot, Tyler Merbler via Wikimedia Commons

The Ever Looming Threat of COVID-19