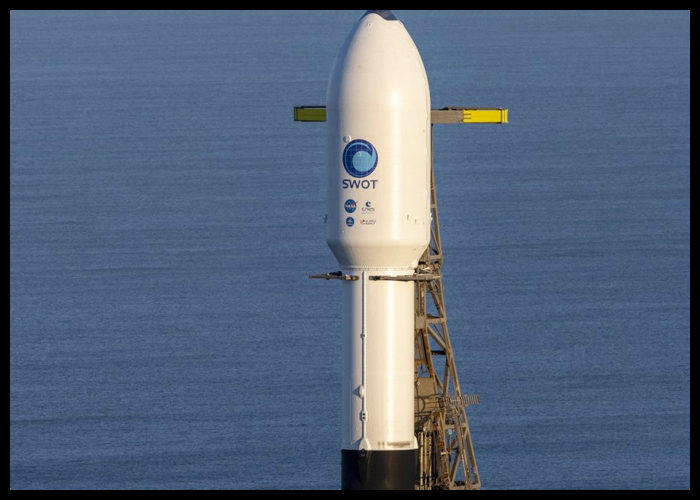 On Friday, December 16, at approximately 6:46 AM, NASA launches Elon Musk’s Falcon 9 SpaceX Robot rocket into orbit northwest of Los Angelos, California, from the Vandenberg Space station. It contains a unique satellite that will commence the first global water survey from space.

The particular satellite in question is referred to as the Surface Water and Ocean Typography (SWOT). Operating within space, it is tasked with providing scientists with a deeper comprehension of the planet’s surrounding water and the effects climate change will have upon it by collecting high-definition precise measurements of the Earth’s oceans, rivers, lakes, and reservoirs through an advanced radar.

To achieve this, a Reuters article stated that the SWOT utilizes advanced microwave radar technology to collect high-quality measurements from over 90 percent of all of Earth’s various waterbeds. Furthermore, the SWOT is also equipped to analyze rivers wider than 100 meters, in addition to around 1 million lakes and reservoirs. Through this, about twice every 21 days, the SWOT will be able to determine approximately 90 percent of the water levels on Earth.

This is notable as the Financial Express Article published states that previous methods to survey water levels relied on sending a series of radar pulses to the surface. The time the signal returns to the satellite will be measured, revealing the distance to the surface features. By comparison, the advanced technology featured by the SWOT promises a more accurate and efficient way of evaluating Earth’s waterbeds.

Scientists hope that over the next three years, through data produced by the SWOT, researchers will be able to better trace fluctuations of Earth’s rivers and lakes, particularly during seasonal changes and significant weather events. They also hope to achieve better accuracy in tracking climate change and weather forecasts. In addition, the data can also be utilized to improve ocean circulation modules and even allow for more efficient management of limited freshwater supplies during drought-stricken situations and regions.

NASA expects the satellite's data to be produced within months. What this might say about climate change, the temperatures of the waters surrounding our planet, and the availability of freshwater is up to the SWOT high in space to determine.

A 2.5-ton decommissioned NASA satellite will fall on Earth. What are the odds of a person getting hit?