Netflix : How the Platform Is in Danger 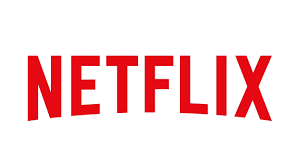 Netflix is known for its large choice of movies and tv shows. This simple app that you can use on your phone, tablet, or TV has become the most popular subscription streaming service and production company in the world.

It was created in the state of California, in 1997, as an online, mail-based rental business, but since 2007 it has become a streaming service which did not stop to grow. It was in 2013 that the company decided to start developing its original programs, such as “Orange Is the New Black”.

Since then, the platform that was only available in the United States, has become accessible all around the world; starting with some countries in Europe, expanding to Australia and New Zealand, and Japan, which was the first country in Asia to be launched in 2015. But as it has become very liked and wanted, the subscription is now even more expensive than it was before.

The company has raised its prices. For example, in the U.S., the basic plan is now $1 more expensive than before. The “Fierce Video” website mentioned in an article titled “Netflix raises prices for new and existing U.S. customers” that a Netflix spokesperson told CNBC “We’re updating our prices so that we can continue offering a wide variety of quality entertainment options.”

However, this increase affects a lot of people as the preferred range of customers is between $8 to $14 whereas right now, it is between $10 and $16. And this impact can be statistically seen; in April 2022, Netflix counted 221.64 million subscribers, when it had 221.84 million at the beginning of the year, “Demand Sage” mentioned on their website.

Because it has seen its stock being incredibly weak this year, Netflix announced they wanted people who share their passwords to pay more. An article published this last March from CNN says more about it; The plan was to run tests in Costa Rica, Peru, and Chile first, to see how they could separate people who do not pay by using their friends' or families' accounts.

However, nothing has changed yet. “Laptopmag” mentioned in one of their articles, that the COO Greg Peters, believes the company will deploy it closer to the end of the year.

What Will Come After

We all know more than one person using Netflix, around us, that can be our families, friends, or even ourselves. But where can the platform go to save its goods and needs, and provide services? That is the question everyone would want to know because what will come after is uncertain.