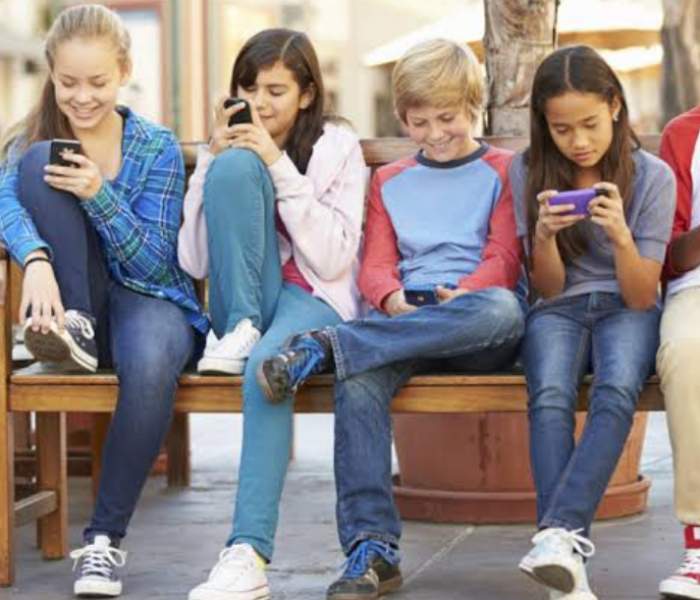 Wireless Earth has been now wired with a big rope called the “Social Network.” For centuries, a man without money has been referred to as “poor.” However, the focus will shift from finances to networks soon. Nowadays, a person with unlimited data has the entire globe in his pocket.

Most of the relationships today are created in the big ocean called the “Social Media”. It connects people from one part of the world to the other. The pandemic has proven the importance of social media in our daily lives. Everyone, from children to adults, requires a network to thrive in this pandemic world. Children began to learn through the internet; Grandparents started using mobile for their necessities (such as getting their medicines delivered) as well as leisure activities during this pandemic environment.

The usage of social networking sites has made it possible for people to see each other online while separating them from physical interaction. The relationships between the family have ended with the small smartphones. The communication between Husband and wife, and perhaps even parents and children, is now limited to phone conversations and text messages. People that live next door may not have known each other for years, yet they would be Facebook friends with 5,000 to 6,000 people.

The most significant thing in today's social media world is “WhatsApp Status”. Those days, people used the status field to update their current status. Initially, if people were at work or at travel and they might not have been reachable, then they would often update their status as “Busy, unavailable, travel, etc…”. But nowadays this field has drastically changed from “professional/availability status” to “sharing of feelings and emotions”.  For some people, it has become a tool to express their anger and stress. Some upload their pictures; some comment on their enemy while some people simply share about their day-to-day activities. It has also been used for many pragmatic purposes like sharing positive thoughts, helping, donating, etc. However, the majority of the statuses were uploaded to express their personal thoughts and feelings.

Here is where everyone becomes a philosopher and writer. Their personal feelings for something or someone would reflect in their quotes. Furthermore, individuals who read those quotes would envision that a few legends have uncovered their insight and acknowledge those statements aimlessly. Individuals begin to follow such random quotes unexpectedly and change their musings and feelings according to those quotes, which is known as the execution of one’s thought in other.

Once, a famous writer called “Paulo Coelho” expressed that “The world is changed by your example, not by your opinion.” However, it has now become partially false.  “The world is changed by your example and also by your opinion.” The knowledge is now slowly turning towards social media, which is full of personal opinions. Some people even become famous by random talks and thoughts. They often upload quotes in a poetic style and videos in an interactive manner and, this has been accepted by people blindly.

The art of learning and gaining knowledge has now drowned slowly. It may vanish if people continue to stick to the internet and social networking sites as the source of knowledge. The network has loads and loads of knowledge into it, but at the same time, it has kept humans from reading books and learning skills physically. The emotional strength alone is balanced through the network while the mental strength has become paralyzed. Since everything comes under the Smart world, we do not memorize contact numbers or family details anymore. We have to search everything on the mobile or google it. Through videos, younger generations started cooking better than their parents. But if we ask them the recipes and ingredients used for that dish without watching, they won't be able to recall them whereas those youngsters who learn from their parents and grandparents never forget what they learned. They would memorize things that would last forever. Even the relationship becomes meaningful when communication occurs constantly. Such knowledge and relationships can't be found on social media networks.

The pandemic has proven that how significant social networks are for people in day-to-day life. It has additionally demonstrated how effectively such networking sites have broken the relationship in our lives. Quite a while ago, if the schools were closed, kids used to invest their energy exclusively by playing and torturing their folks. They wouldn't have been cooped up inside their homes. Every child would be at the corner of the street, and we would be able to hear their screaming and laughing sounds.

Nowadays, the scenario is such that the schools have taken the shape of online classes where children are stuck inside their homes. Schools were smart enough to use social networks like Google meet and Microsoft teams to conduct online classes, but the pandemic has closed them within the four walls of their homes. Video games and mobile games have become their playground. They might have become smart through their smartphones, but their mental and physical health is getting deteriorated. They forget their food and family members when they indulge in the games. Some children get addicted to video games and push themselves into depression; some even dare to end their life.

The relationship between students, parents, and teachers has now become virtual. Instead of the child, parents were studying the lesson and doing the homework. Earlier, teachers were considered guardians, but nowadays, students don’t even know their teachers’ names. They randomly attend the classes and, parents complain about the teachers.

The relationships of loving souls have become stronger by missing each other and, it comes to an end when the scene becomes a reality. People started to get afraid of facing the reality. They may talk and chat for hours and hours, but when they come face-to-face, they don’t have the guts to open up their hearts. Some relationships also began through social media.  These relationships start without knowing each other’s character and nature. When they realize the truth, both sides get hurt and end in a break-up.

The network has amended many broken relationships and, it has also broken some 'real' relationships.  It is acceptable for people to use social networking sites at anytime and anywhere, but it should not be our only companion. 'Relationships' in social networks may be profitable but, relationships with human beings would be more valuable.

Always be grateful for all your relationships.  Be happy with your spouse, children, parents, and neighbours. Prove them that you would love them at any cost. Make sure that they were not left careless. Search for opportunities to shower your love for them. People are in search of real love and care.