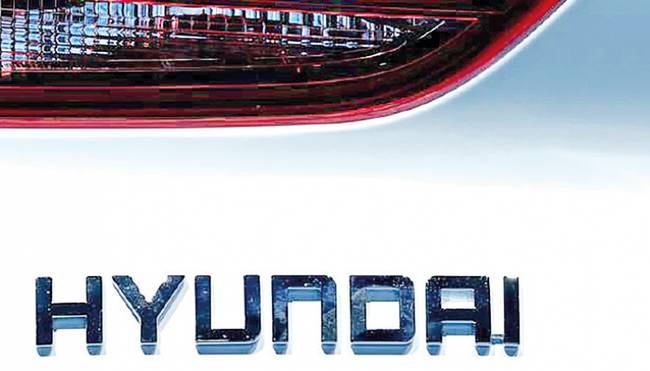 Intending to advance clean driving among the world’s most polluted countries, South Korea’s Hyundai claims to launch six affordable and premium electric vehicles in India by 2028, which will include SUVs and Sedans.

South Korea’s Hyundai Motor Co is the second-largest carmaker in India. It is lining up to invest Rs 4,000 crores to roll out a mix of models based on its pre-existing and brand new ranges cited on its global platform ‘E-GPM’ over the coming years.

The company would be investing in Research and Development to launch the six models lined up by 2028. The focus is to move beyond mobility and firmly encourage advanced technology, innovation and sustainability. It is considering introducing BEV, E-GPM and other advanced platforms for launching battery electric vehicles in India, as noted by Hyundai Motor India’s MD & CEO S S Kim.

Currently, Hyundai sells one EV model, ‘Kona Electronic’ to India. The total sales share of EVs in the country accounts for less than 1 per cent, which is expected to increase up to 30 per cent by 2030 as targeted by the government. The automakers are encouraged to invest in EVs to increase sales globally which stands at 2 per cent today. The government is also propelling automakers to implement strict emission regulators to subside the emission of hazardous gases.

The company is looking forward to developing the complete ecosystem for the smooth functioning of electric vehicles across the country. It is zeroing on methods to localise production processes focusing on cost-effectiveness. Constant efforts are drawn to deal with the right partners to exchange infrastructure and other related requirements.

”We are trying to explore some partnership with local suppliers,” said Kim in an interview with The Economic Times.

Besides, EV production is to happen at the company’s Chennai-based plant. Although, the batteries are expected to source from global battery giants like China and South Korea in the initial phase of production. Since the EV segment is small in the country, it is yet to be decided if local manufacturing will happen here, but there can be significant growth over a few years.

The impel for electric

Hyundai might witness a standoff with the biggest electric carmaker Tesla, which plans to launch its cars in India. It has been in talks with the government to reduce import duties on EVs. Hyundai also shook hands with its rivals Mahindra & Mahindra and Tata Motors to push Indian carmakers to go electric, as it would be a prominent step in controlling and reducing pollution and imports. However, the country’s largest carmaker, Maruti Suzuki, is strategizing on adapting alternate fuels and composite technology and anticipates launching EVs by 2025.

The line-up introducing BEVs will offer ample varieties in different body styles to cater to mass markets and mass premiums, thereby delivering several options for a selection to Indian customers. The E-GPM platform pertains to the capability to feature a large battery up to the capacity of 77.4 kWh, along with 2WD and 4WD capabilities, refined handling and offering a top speed of 260 km/h.

With the launch of Kona EV in 2019, the company witnessed less enthusiasm in sales due to a lack of affordability and infrastructure. Thus, the company is primarily focusing on pricing and different charging solutions. In addition, Hyundai is trying to formulate strategic tie-ups which can provide home chargers and public charging facilities.

Now that the company has tested its sample Kona and learnt the required experiences, it is all set to move ahead with delivering its products in the upcoming years to bring electric vehicles to India.