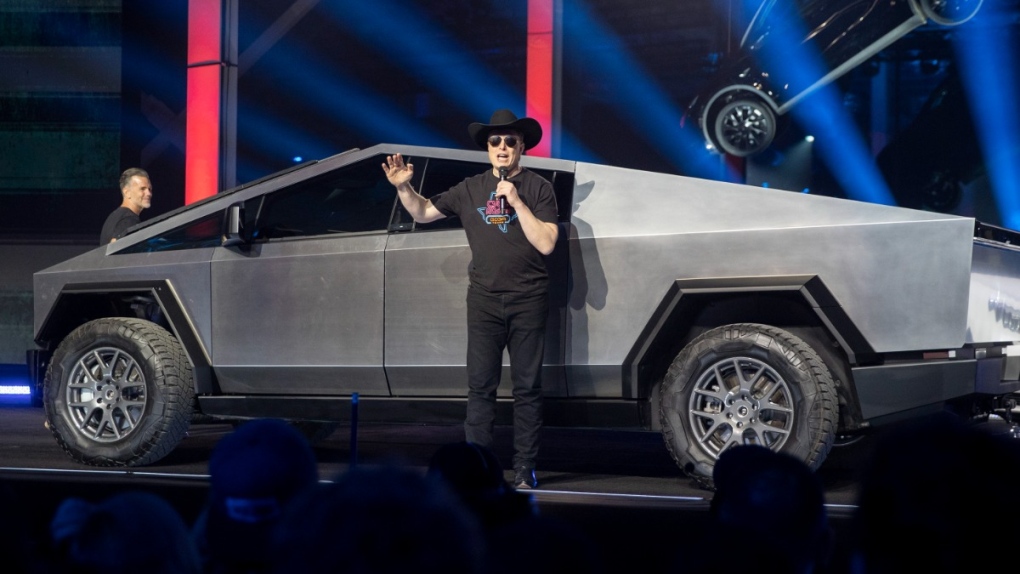 Tesla’s high-end electric vehicle which took the automobile industry by storm after its announcement in 2019, is finally set to enter production in 2023 after the initial release date of 2021. The CEO, Elon Musk took the stage for this announcement during the opening of Tesla’s Giga Texas factory.  The Street cites the Get Tesla Inc Report, which suggests this vehicle’s potential to completely change the electric vehicle segment forever.

Tesla’s Cybertruck will be manufactured at its Gigafactory in Texas, which is soon expected to surpass all other car factories in America in terms of volume of production/manufacturing.  To ensure eco-friendly shipping of the vehicle, Musk has a vision to outdo all automotive manufacturers to ever exist. Ending the presentation on a high note, Musk mentioned Tesla will be releasing a massive wave of products soon

The Cybertruck left people awestruck and puzzled at the same time owing to its unorthodox design as such vehicles are usually seen in Comics and Science fiction movies. Musk tweeted in 2019 about its design being heavily influenced by the amphibious Lotus Esprit S1 from the Bond movie “The Spy Who Loved Me”.

By showcasing a model with conspicuous similarities to its prototype, all whilst highlighting minor differences, Musk cleared the air regarding the potential similarities between the new vehicle and its prototype during the inauguration of the Tesla factory in Austin, Texas on April 7.  However, there are some minor differences such as the addition of up-to-date lights between the grille, shields, and the rim. Tesla has replaced the retractable door handles with an automatic opening system that opens when the driver approaches. This system necessitates the possession of a card that opens the doors when the driver is in close proximity to the car. However, such a system might not be wise since it would end up complicating the access of the emergency medical personnel to the vehicle in case of an accident.

Additionally, a large Single-wiper blade long enough to cover the entire windshield is an added bonus. The Cybertruck starts at $40000 with an impressive mileage of 500 miles. Despite some reservations about the automatic door opening system, many have applauded it for its futuristic design. It has an impenetrable exoskeleton and it has better utility than a truck with more power than a sports car according to its tagline. According to Engadget, apart from the Cybertruck, a semi-electric vehicle and a humanoid robot are on Tesla’s cards next year.

Given the hype that comes with every Tesla product's launch, it would be interesting to follow what the future holds for Tesla's endeavors.