Things you should know about Cyber Crime 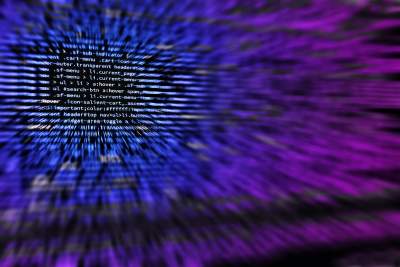 Cyber Crime is a different type of crime that happened through the computer, such as committing fraud, trafficking in child pornography, intellectual property, stealing identities, or violating privacy by using computers. Since computers have become central to commerce, entertainment, and government, cybercrime has grown increasingly important, especially through the Internet.

According to NCRB (National Crime Records Bureau), 50,035 cases are reported in 2020 an increase of nearly 12 per cent over the previous year (2019). NCRB also provides details of the motive behind the cyber-crime committed and reported.

Fraud is the unethical misrepresentation of facts to make another person act in a way that results in a financial loss. The fraud here is defined as attempting to obtain a benefit by:

a. A common form of theft occurs by employees altering the data before entry or entering false information, or by entering unauthorized instructions or using methods they're not authorized to use. It requires little technical expertise and is relatively easy to perform.

b. It is also hard to detect when output is altered, destroyed, suppressed, or stolen to conceal unauthorized transactions.

c. Data that has been stored may be altered or deleted

These types of crimes often result in the theft of private information or monetary information. However, computer systems can facilitate other types of fraud, including bank fraud, carding, identity theft, extortion, and theft of classified information.

According to the government & IT experts, there has been a significant increase in internet problems & server scams since early 2001. Cyberterrorist foreign intelligence services, or other groups, are mapping potential security holes in critical systems that government agencies, such as the FBI and CIA, believe are being exploited by such intrusions.

A cyberterrorist launches computer-based attacks against computers, networks, or the information they contain intending to intimidate or coerce a government or an organization to advance its political or social objectives.

The term cyberterrorism is generally defined as an act of terrorism committed via cyberspace or computer resources (Parker 1983). For example, simply posting a message on the Internet that bombs will be detonated during the holidays can be considered cyberterrorism.

The hackers are also performing acts that target individuals, families, originating within networks, to gain power, cause fear among the public, collect information to cause harm to people, commit robberies, blackmailing, etc.

An example of cyberextortion would be repeated attacks by malicious hackers on a website, email server, or computer system. These hackers ask for money in exchange for the promise of protection and ending attacks.

Each month, the FBI receives more than 20 reports. However, many of these go unreported so the victim's name remains hidden. There are several forms of cyber extortion available, including doxing extortion and bug harvesting.

In 2014, Sony Pictures was a victim of cyberextortion.

As part of cybersex trafficking, victims are transported to a 'cybersex den' where they are forced to perform sexual acts and or raped on a webcam. They are then stolen, threatened, or deceived, and then transferred again. Any computer, tablet, or phone that has internet access can be used in a den of cybersex traffickers.

South Korea's Nth room case, which took place from 2018-2020, is an example of cybersex trafficking.

Various factors can lead to the content of websites and other electronic communications being distasteful, obscene or offensive. These materials may even be illegal in some instances.

It is a sensitive area, where courts may be called upon to arbitrate disputes between groups with strong beliefs, depending on the extent to which these communications are unlawful between countries.

In most jurisdictions around the world, child pornography is illegal, so curtailments in that area are particularly focused. Cybercrime against women is defined by Debarati Halder and K. Jaishankar as "Crimes with a motive to intentionally harm a woman through using electronic communication technologies to physically and psychologically harm her."

Unlike content, which may be derogatory without directing it specifically at someone, harassment targets specific individuals with obscenities and derogatory comments based on factors such as gender, race, religion, nationality, and sexual orientation.

Threats, bullying, harassment, and stalking are among the most common online crimes reported and seen on social media. Oftentimes, victims of these types of crimes are unaware of when to call the police, or they are not taken seriously. These crimes often go unpunished.

You may want to consider contacting the police if you think that a threat made online about you is credible, or if you feel threatened.

Protect yourself against cybercrime:

I. Use a full-service internet security suite.

VI. Talk to your children about the internet.

VII. Keep up to date on major security breaches.

VIII. Take measures to help protect yourself against identity.

IX. Know what to do if you become a victim.