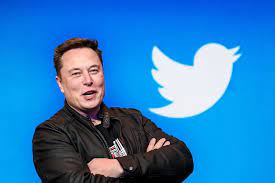 Elon Musk, the billionaire co-founder of Tesla and SpaceX, has said he believes Twitter will ban any parody accounts that use his name. The claims were made after Instagram, which is owned by Facebook, banned the account for "What Would Elon Musk Do?" (/elonmusk).

In a tweet on November 7, Musk said he believes Twitter will follow suit. "It’s getting so hard to tell what’s a parody and what’s real," he tweeted. Twitter may ban parodies too. If that happens, then I guess I'll have to go back to doing this the old way. He then posted an image of himself wearing a fake mustache and traveling with a circus troupe in 1932. Mr. Musk predicted on Tuesday when asked about a tweet from @elonmusk saying "I am not a crook," which mocked Mr. Musk's involvement in an SEC lawsuit over a failed SolarCity acquisition. Mr. Musk, who is not involved in the lawsuit, said Twitter likely would have been inundated with fake Elon Musk if he had been running them up to 100. He described it as "the modern media version of McCarthyism" and said that it was wrong for an individual's identity to be mistaken for satire.

"I think people who are applying to be Twitter names and companies probably have a right to know who they're dealing with," he said. Twitter declined to comment on whether it would ban parody accounts, but the platform's rules state that users are allowed to use an "artificial persona" without giving away its true name. (MUST READ: Elon Musk is not a dog.)The thread was also picked up by Wired, which quoted Mr. Musk as saying that he was shocked at the number of fake @elonmusk accounts. He added that he thought they could be around 100 and speculated that they might be run by some huge company seeking attention or perhaps someone trying to deliberately make him look bad. 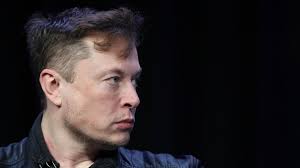