Why is Our Generation So Fascinated with Crypto and NFTs? 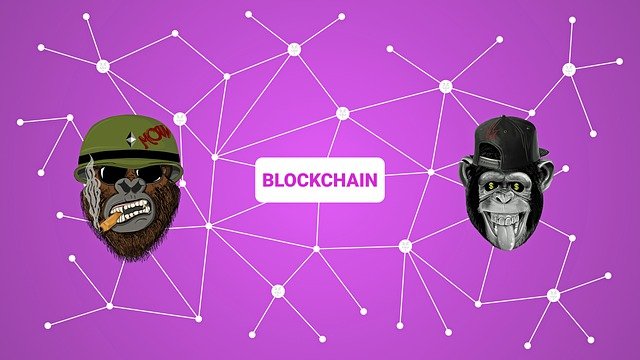 Why is Our Generation So Fascinated with Crypto and NFTs?

An Indonesian student sold a bunch of his selfies as NFT’s, now collectively worth $1 million in volume earlier this month.

Sultan Gustaf Al Ghozali, a 22-year-old college student from Indonesia took expressionless selfies on his computer every day for five years and converted them into NFT’s as a joke. He listed a total of 933 selfies under the collection “Ghozali Every Day ''. He priced them at $3 each because he thought that no one would buy them. Soon enough, a chef bought some of them and repped them on Twitter which resulted in him going viral and more people buying his selfies.

Ghozali has made over $1 million from the said collection but is confused about why people would buy his pictures.

To answer his questions, let's first understand what NFT’s are and why everybody is talking about them and crypto.

What is an NFT?

Non- Fungible Token (NFT) is a non-interchangeable unit of data stored on a blockchain which is a form of digital ledger.

They are uniquely identifiable files consisting of but not limited to photos, videos, and audio files. They can be sold or traded on digital markets after being subjected to several technical conditions.

NFT’s are only the tip of the digital market iceberg out on the internet. Another major chunk is taken up by cryptocurrencies.

According to the Oxford Language Dictionary, “cryptocurrency is a digital currency in which transactions are verified and records maintained by a decentralized system using cryptography, rather than by a centralized authority.”

In simpler terms, cryptocurrency, commonly known as crypto, is a digital currency designed to work as a medium of exchange through a computer network that is not reliant on any central authority, such as the government or a bank to uphold or maintain it.

They are classified into commodities, securities, and currencies. In today’s world, crypto is viewed as a distinct asset class in practice.

Bitcoin is the first decentralized crypto. It was first released as open-source software in 2009. From Bitcoin, the world of crypto has grown over a thousand folds.

The rest of the iceberg consists of but is not limited to the stock and share market. To define it simply, it is a place online for investors where they connect to buy and sell investments. The most common investments are stocks, which are shares of ownership in a public company and also where the market gets its name from.

Why are People Gushing over Crypto and NFT’s?

The supporters see them as the key to a fairer future economy.

The major and the most obvious factor that is motivating people to invest their time and money into the digital market is financial success. People want to get rich and they want to get rich fast. With the right kind of financial knowledge and resources, a person can make money at a much faster rate than his peers.

The idea of gaining the right kind of financial knowledge has been around for a long time in a world where the majority relied on hard work for their success. The idea has also been promoted by the famous book “Rich Dad. Poor Dad.” which is counted as one of the gospels of financial literacy. It was only recently that people realized how important and beneficial it is to not only know how to earn money but also how to keep it.

We are living in a generation that likes unique things and is big on individuality. NFT’s give them a chance to own or sell “one of a kind” things, irrespective of the price. Ironically, this makes us a generation that loves money and does not care about it at the same time.

Platforms like these allow people to invest their time and money into things that they are passionate about, especially artists. For instance, a budding artist who is great at what she does might not get the deserved amount for her work in the local market, but by putting up her work online, she can connect to people that know and value the art and pay her what she deserves.

These platforms enhance the transparency of transactions. They have also resulted in employment growth mainly in the IT sector all over the world. In India, over 50,000 people have gained employment through this and the number is estimated to reach 800,000 by 2030.

In addition to all the merits, nothing is set in stone in the digital world. It is dynamic and involves a lot of risks if looked at from the point of view of a lower or middle-class person.

For someone that relies on a paycheck at the beginning of the month, investing can be very risky. The market can crash at any given moment and if someone does not have the right knowledge about when to pull their money out, it will go down the stream along with the market. This makes it extremely important to research and understand before you invest in any kind of currency/share or NFT.

In contrast to the fact that these platforms provide a great space for artists, people believe that it is nothing but an insult to artists. Taking into account how Mr. Ghozali made a million off of his selfies that were intended to be included in his graduation video, it is evident that it can never be certain what people will buy or appreciate. In a room full of “popular” stuff, the real stuff often gets lost.

Trading comes with a side of an environmental hazard. Due to the excessive usage of the internet, the carbon footprint of these platforms is through the roof, making it harmful to the environment.

In all, the digital space cannot be ignored. It is the present and the future. The world changes and the people that change with it make it to the top, right below the people that brought the change.

Digitalization can and has caused the distance between the rich and the poor to increase. The only way to avoid landing on the bad side is by making ourselves aware and gaining as much financial literacy as we can get.