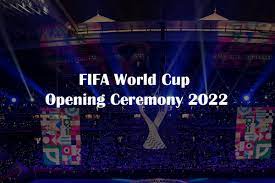 In an exciting array of events in Qatar, the World Cup, which captivates millions of people globally, began with a deep discussion of human rights. Lineker, a former captain of England football, said in his opening monologue that this World Cup is the most contentious in history even though not a single ball has been kicked yet.

In the opening ceremony, a Qur'anic verse was recited:

"Oh, the humanity! Indeed, We made you into peoples and tribes so that you may get to know one. We created you from a male and a female. The one who is the most upright among you is undoubtedly the noblest in Allah's eyes. In reality, Allah is All-Knowing and All-Aware."

During the FIFA World cup, a continuously present sentiment was this: people from different cultures can live together. Spoken in Qatar many people had a hard time believing this as Qatar is well-known for being rigid and austere with its people.

As one of the smallest countries to host the globally-renowned sporting event, Qatar has faced tremendous backlash since FIFA selected it to host the World Cup in 2010.

The treatment of migrant laborers who constructed the stadiums where many people have perished, claims of bid-rigging, and the intolerance of homosexuality are just some controversies surrounding Qatar. Although the country values and protects women’s rights to freedom and speech, people are extremely unhappy with Qatar being chosen as the place where the World Cup is taking place.

Twelve years after winning the right to host the first World Cup in the Middle East, Qatar has changed its labor laws, doing away with the much-criticized HYPERLINK "https://www.cfr.org/backgrounder/what-kafala-system"  kafala system and the exit permit system that dishonest employers had abused.

Qatar has also adopted a minimum wage and reformed rules about labor work in the sweltering heat. In a study this month, the International Labour Organization (ILO) stated that although Qatar had improved the living and working conditions for hundreds of thousands of workers, issues in implementation continue.

Issues with the LGBTQIA+ community

All spectators, regardless of sexual orientation, are welcome in Qatar, according to the World Cup organizers, although this has been a common misunderstanding among the masses.

No one will be jailed or prevented from attending games in Qatar due to their apparel, despite the World Cup organizer’s advice to supporters to "respect the culture." Meanwhile, the country's record on equality has come under scrutiny due to persistent rumors about appropriate attire and modesty at soccer's most prestigious competition.

Rothna Begum, a senior researcher at Human Rights Watch, has researched women's rights in Qatar and the country's strict laws regarding male guardianship. “There isn't a formal clothing code, so no one will detain you for breaking it,” Begum said, "There is no required attire, and breaking it won't result in consequences. It is merely a societal tradition or restriction. In general, people can dress however they choose. Visitors should cover their shoulders and knees when entering public institutions like museums and government structures,"

All teams were recently asked in a letter from FIFA's president, Gianni Infantino, and secretary general, Fatma Samoura, not to bring up political or ideological concerns during the competition. Please, let's focus on football right now.

2 months ago by Saba

Very Courageous... You're special... Thanks for sharing