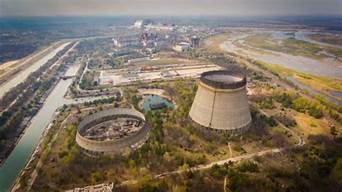 On April 26, 1986, at 1:23:45, a failure of reactor number 4 of the Chornobyl nuclear power plant in northern Ukraine caused what remains to this day the most severe accident in the history of civil atomic energy. With 65 confirmed victims, about 4,000 are estimated by the UN. About 350,000 people had to leave their homes in heavily contaminated areas, with social and economic consequences that continue to this day. The Russian authorities did not immediately report the incident and admitted their mistake only after Sweden realized the high rate of radioactivity in the air.

The effects, however, were not limited to that area; indeed, the radiation from the Lenin nuclear power plant quickly spread all over the world, causing immediate deaths and long-term problems. Radiation is so dangerous for human health that in such quantities released by the explosion, thousands of people have developed tumors and leukemia due to air and water contamination over the decades.

Today, 36 years later, the region is still scary, with Russian troops ready to launch a new attack against the Ukrainians. Chornobyl was one of the first targets of the Russian army, which entered the country with tanks and plenty of weapons.

These days, governments worldwide are starting to talk more and more about the consequences of the Russian invasion of the still radioactive territory of Chornobyl. The latter still needs a cooling tank, which has not worked for six days because the Russian army cut the electricity. It is precisely today that data on the nuclear power plant has effectively confirmed the fears of the world's premieres. Reporting the alarming news is Rafael Grossi, head of the international atomic agency (Aiea), who these days is on-site to carry out radiological monitoring and to check if there is an anomaly.

In no uncertain terms, Grossi reports its great concern over the damage caused by the occupation of the plant by the Russians. The highest authorities of the European Union have directly called into question the Kremlin, demanding that the area be returned to the Ukrainian authorities and that any action that could seriously endanger the functioning of the necessary maintenance and control operations be immediately stopped.

Both Borrell, serving as high representative of the European Union for foreign affairs and Security Policy, Simson-European Commissioner for Energy, is calling on the entire international community to make more significant efforts to ensure that new ideas and new tools are used to protect nuclear sites in contexts of war like the one Ukraine is living. Although the actual consequences are yet to be determined, the abnormal situation reported by the international atomic energy agency does not bode well.