38 people in Nigeria killed in attack during Sunday service 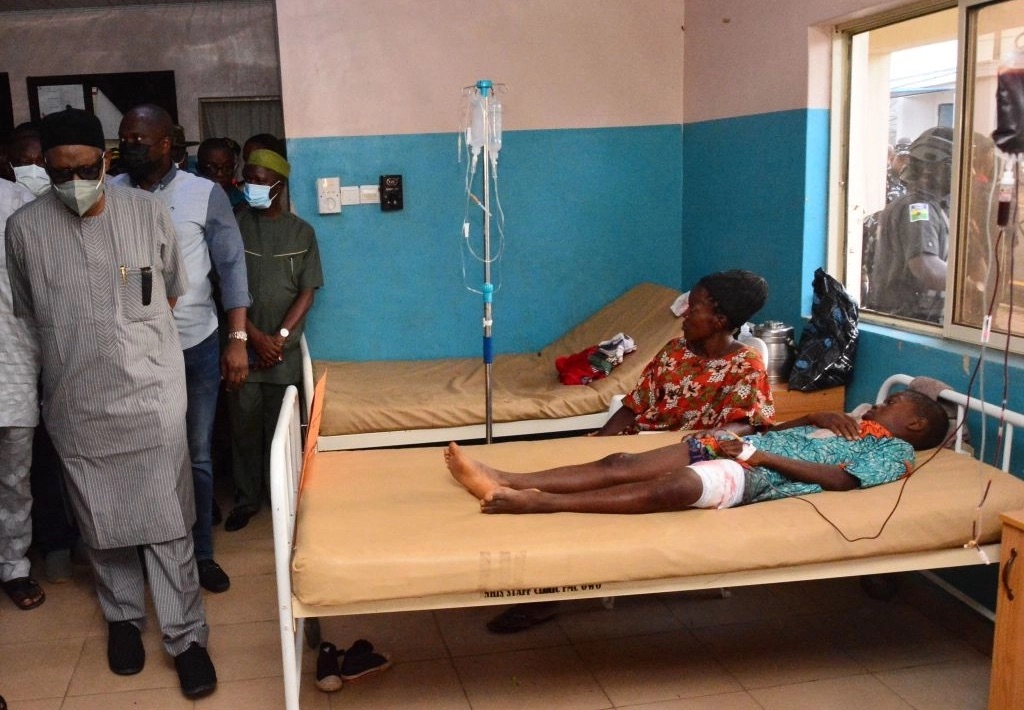 38 people were killed in an attack on a Catholic Church in southwestern Nigeria after a gunman entered with explosives.

What was once considered one of Nigeria's most peaceful states is now feeling the effects of the devastating attack on the church. The Catholic church in Ondo verified the names of the 38 people brought to the Catholic hospital and the Federal Medical Center, the church’s spokesperson in Ondo told AP.

Olanrewaju, head of Nigeria’s National Emergency Management Services in Ondo, earlier said on Tuesday that 22 bodies were counted at the morgue. However, two state lawmakers told AP on Sunday that more than 50 were killed in the attack at the St. Francis Catholic Church in Owo town in Ondo state. This comes two weeks after the Uvalde shooting in Texas.

Nigeria is Africa’s most populated country with 206 million people. The country is currently dealing with a growing insecurity problem as separatists and pirates are blamed for attacks in the country’s south, while armed groups frequently launch deadly attacks in the northwest.

Schools and public gathering spots remained closed on Tuesday and many residents stayed at home as a result of the attack. As of today, the Ondo Police Command has not made any arrests or confirmed the identities of the attackers,  it is said to be at least five in number, a spokeswoman said.

“There was no warning, no threat, this place has been peaceful,” said Sunday Adewale, who works in the palace of the local chief. “They just looked for people’s soft spot when people are relaxed.”

Ondo Governor Rotimi Akeredolu described the attackers as “bloodthirsty terrorists” who “unleashed an unforgettable scar on all of us.”