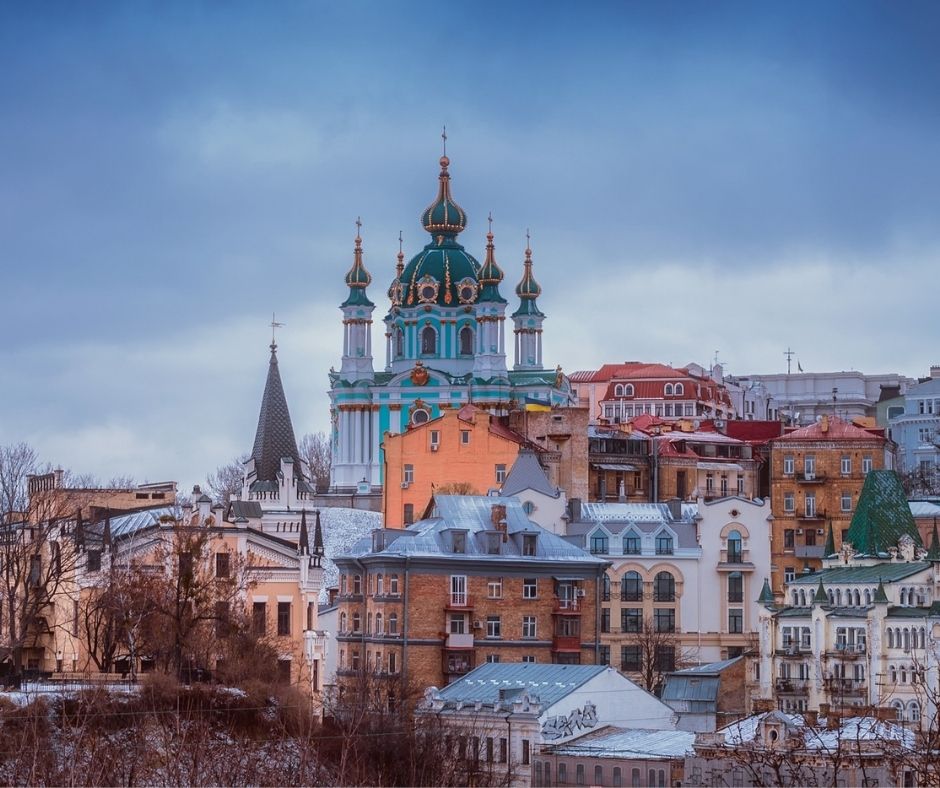 In order to understand the war of Russia on Ukraine, it is important to trace Ukrainian history in brief and its interconnectedness to Russia over the years.

After a long chaotic period, Ukrainian Soviet Socialist Republic (SSR), in 1922, became one of the founding members of the Soviet Union and made Ukrainian the official language. But soon thereafter, in the 1930s Russification policies weakened the Ukrainian culture. This was followed by the most devastating famine in Ukraine, called the Holodomor. Holodomor’s devastation is evident from some of the other names it is known by, such as ‘terror famine’ or ‘to kill by starvation.’ The famine, however, was not natural, but one prompted by the adverse policies of Stalin. It is viewed as a genocide of Ukrainians committed by Stalin, which led to the death of an estimated 6 million people.

Ukrainians soon thereafter found themselves amid another crisis. Between 1941 to 1944, Ukraine was occupied by the Axis armies and had to fight for its independence from Germany. Post-World War II, Ukraine emerged as an independent country and SSR became one of the founding members of the UN. Ukraine would remain a constituent republic in the Soviet Union, enjoying a sense of statehood and autonomy, until the Soviet’s breakup in 1991.

In 1953, post the death of Stalin, a revivalist approach was taken on by Ukrainian Khrushchev and in 1954 Ukraine’s territory was expanded by transferring Crimea from Russia to Ukraine. The decree was announced on the first page of Pravda, a Russian broadsheet newspaper), on the 27th of February. It read:

“On April 26, 1954, the decree of the Presidium of the USSR Supreme Soviet transferring the Crimea Oblast from the Russian SFSR to the Ukrainian SSR.

Considering the integral character of the economy, the territorial proximity and the close economic and cultural ties between the Crimea Province and the Ukrainian SSR, the Presidium of the USSR Supreme Soviet decrees,

It was, however, only in 1991, post the collapse of the USSR, that Ukraine gained complete independence. This was achieved through a referendum in December 1991 where 84% of people voted, of which 90% voted in favour of independence. A week after the referendum, the Commonwealth of Independent States (CIS) was established by Ukraine, Russia, and Belarus, and USSR was dissolved.

Leonid Kravchuk was elected the first President of Ukraine and served from 1991 to 1994, followed by Leonid Kuchma (1994-2005). Kuchma narrowly defeated Kravchuk after receiving massive support from east Ukraine’s Russophone region by promising better relations with Russia. Kuchma also maintained pro-western policies and in 1994 joined the Partnership for Peace Programme run by the North Atlantic Treaty Organization (NATO). This was followed by joining the Council of Europe in 1995 and establishing a special partnership with NATO in 1996.

In 2005 Viktor Yushchenko came into power and served from 2005 to 2010, whose term saw a lot of political turmoil. But problems began for Yushchenko, who was pro-west, even before his presidency began as he was reportedly poisoned while running a campaign against Russia’s preferred candidate, Viktor Yanukovych. The attempted assassination left his face disfigured. The initial run-off vote in 2004 declared Yanukovych as the winner, which was followed by massive protests called the ‘Orange Revolution’. Yushchenko was ultimately declared the winner. But in 2010 Yanukovych won and was elected the fourth president of Ukraine until he was removed in 2014 and found guilty of treason. In 2013, Ukraine was all set to sign an association agreement with the EU. Most of the Ukrainians backed this draft agreement, but just a few days before the treaty was to be signed in November, Yanukovych backed out because of pressure from Russia. This prompted massive protests in Kyiv called the “Euromaidan Revolution” resulting in Yanukovych fleeing to Russia. During Yanukovych’s trial as a response to Petro Poroshenko, representing Yanukovych, Poroshenko called Yanukovych the instigator of “Russia’s hybrid war against Ukraine.”

Just a few days after Yanukovych fled to Russia, Russia illegally annexed Crimea. Putin initially maintained that the soldiers were not Russian, but later admit that they were, in fact, Russian soldiers. The illegal annexation of Crimea by Russia violated, among other agreements, the UN Charter, the 1997 Treaty on Friendship, the 1994 Budapest Memorandum of Security Assurances for Ukraine, and the 1975 Helsinki Final Act.

The recent attack on Ukraine by Russia on the pretext of freeing the Donbas region in Ukraine comprising Donetsk and Lugansk is also complicated by the allegations that Russia itself backed and armed the separatist groups in the region. Russia has also been found guilty of lying and issuing misleading information regarding the ongoing conflict. Whilst calling it a war for peace, Russia has been found guilty of attacking civilian areas, hospitals, and other areas protected under the Geneva Convention. It has also refused to condemn the attack on the hospital that killed a child amongst others and said that the hospital was a legitimate target.

Pope Francis on the War in Ukraine