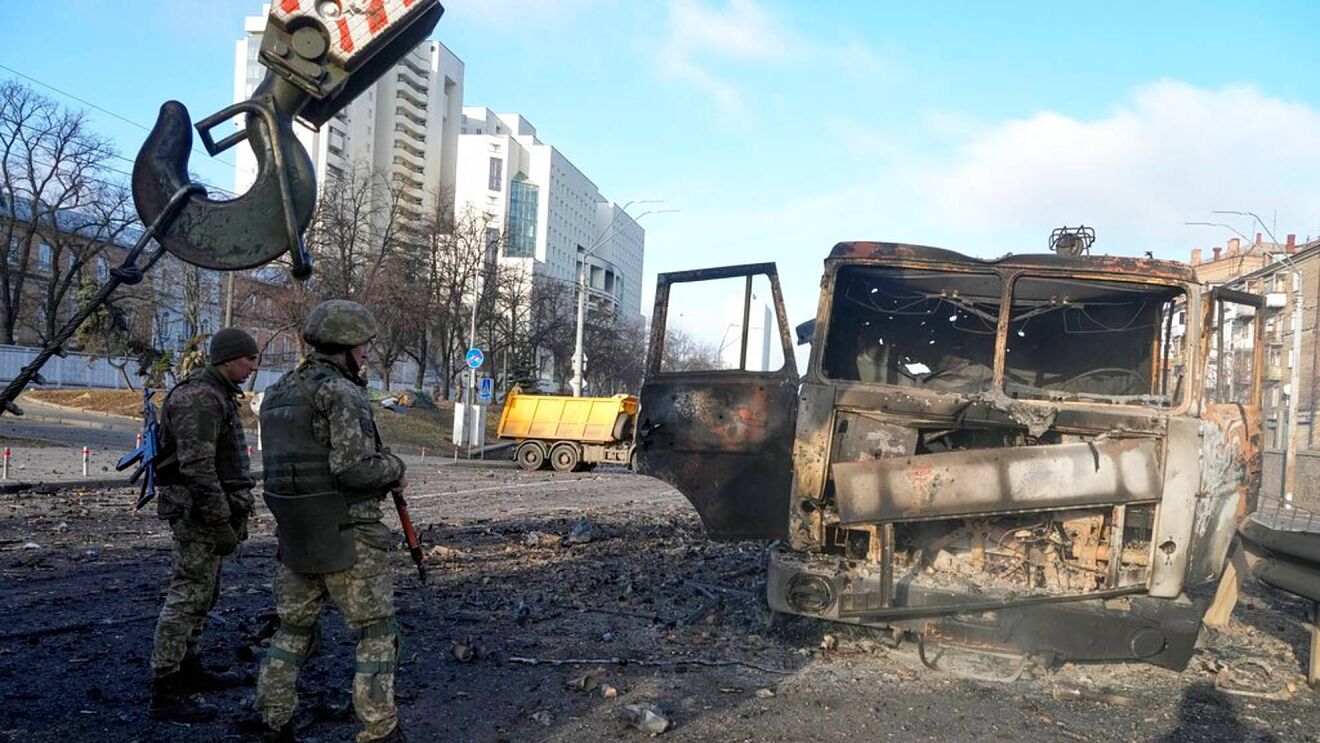 According to Reuters, satellite photographs captured on Monday show a Russian military convoy stretching for around 40 miles north of the Ukrainian capital of Kyiv, far longer than the 17 miles initially reported on the day.

On Monday, Maria Zakharova, who is the Director of the Information and Press Department of the Ministry of Foreign Affairs of the Russian Federation, stated that NATO and the Western public's silence on the situation in Donbas had ended in a social and massive disaster in Europe.

NATO's experimentation and the Western public's deaf silence are the causes of Europe's social and economic disasters. According to the RT TV network, the ambassador told her telegram channel, "This ended because the West refused to conduct negotiations and supported strong statements and a complete threat to Russia from Kyiv thugs.”

According to Maria Zakharova, Russia didn't begin the conflict; it is resolving it. "Throughout these years, the Russian side has pushed the international community to reject the continuous destruction of the Donbas region population." She stated that there were millions of people who were losing their nearest and dearest every day and were living in basements to avoid the bombardment.

Meanwhile, the US said on Monday that it was banning 12 officials of Russia's UN mission from the US for being "secret operations," provoking an angry response from Moscow, which slammed the operation as "hostile."

Those banned from entering had "abused their privileges of residency in the United States by participating in intelligence operations that are adverse to our national security," according to a spokesperson for the US mission to the UN.

"This action is being taken in keeping with the UN Headquarters Agreement." "This action has been in the process for some months," said Olivia Alair Dalton, a spokesman. Richard Mills, the US deputy ambassador to the UN, told a Security Council meeting on the emergency in Ukraine that a dozen people had been involved in non-diplomatic operations.

He stated, without going into greater detail, that "Those diplomats who have been ordered to leave the United States were involved in actions that were not in line with their responsibilities and duties as diplomats." "This is a hostile effort against our nation," Russia's embassy to Washington, Anatoly Antonov, said on Facebook, adding that Moscow was "very unhappy" and "completely rejected" the US allegations.

In an unexpected move, Russia's UN ambassador, Vasily Alekseevich Nebenzya, who has not been targeted for removal, was the first to inform the media of the verdict.

Nebenzya asked reporters for a minute to answer a phone call during a news briefing ahead of the United Nations summit. He then claimed that he had only recently learned of the removal order issued by the US.

According to a Russian diplomatic official, the removal order did not target the ambassador or his two senior deputies, Dmitry Polyanskiy and Anna Evstigneeva. "It's horrible news," Nebenzya stated, adding that the employees at issue were supposed to depart the country by March 7.

According to a Russian diplomat official, the Russian representation at the UN includes roughly 100 staff members. The removal was announced on the last day of Russia's temporary chair of the United Nations Security Council, which changes every month. On Tuesday, Russia will hand over the presidency to the UAE.

The Russian diplomatic mission held a celebration later Monday to mark the conclusion of its presidency, which was marked, for the first time, by the beginning of a war against a neighboring nation. One official told AFP, speaking anonymously, that "it is not obvious if there will be many guests" at this dinner, to which no media were invited.