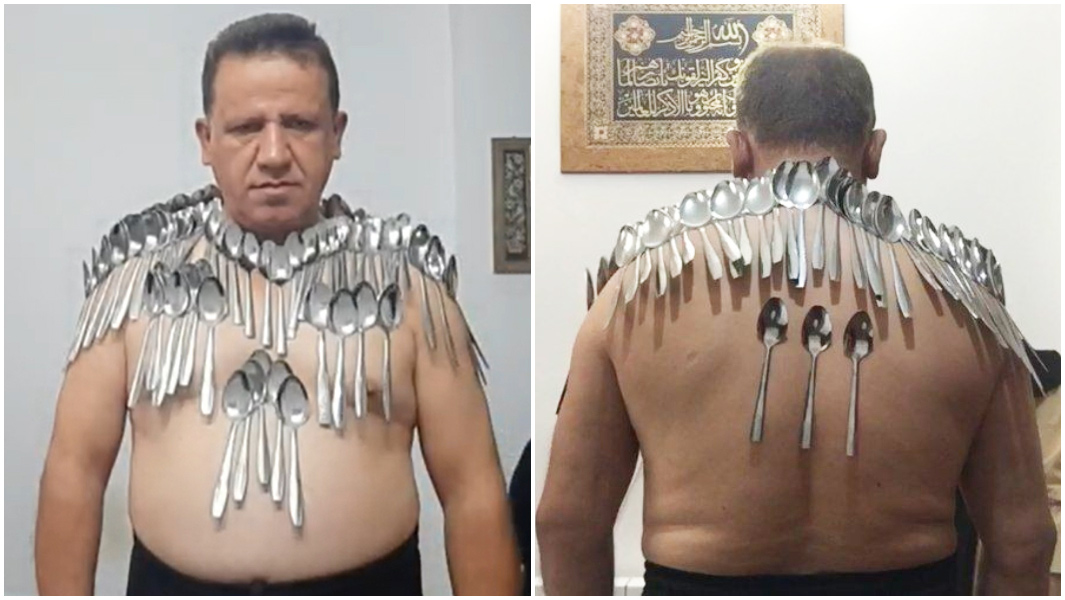 He has been trying to balance the spoons on his body since his childhood. He finally became successful and made his name to the Guinness World Record book with regular practice. Mokhtari took three attempts to achieve this record. He said that he had to work hard to achieve his goal despite his potential.

In a conversation, the Guinness World Record maker Mokhtari said, "I accidentally noticed this talent of mine when I was a kid, but after multiple years of practice and effort, I was able to strengthen my talent and develop it to where it is now.” He further said that "anything that has a surface, I can stick to my body, such as wood, fruit, stone, glass, plastic and even fully grown human."

"I can transfer this energy I have in me to them (the objects) as long as I can touch and feel them, I push myself then to focus as much as possible on the objects on my body, and that's how I do it," he added in conversation with Guinness World Records.