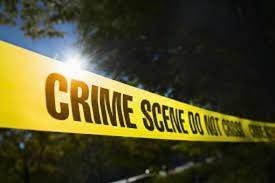 A 24 years old Somali immigrant had killed three people and left five people seriously injured in a knife attack in southern Germany on Friday. Officials have placed the victim in compulsory psychiatric treatment in recent days.

Police have to use firearms to stop and arrest the culprit. Wuerzburg, where the incident took place, three died on the spot, and five are injured seriously. The regional interior minister Joachim Herrmann arrived at the scene and said, “with the most injured victims, we aren’t sure that they will survive”. Police said on Twitter that there is less indication of a second suspect.

Since Germany opened its door for more than a million migrants and refugees fleeing from war and poverty, violence has increased. The life of a man who has lived in Wuerzburg since 2015, and whose life wasn't in danger was questioned by the police in the hospital about the crime.

According to one witness, the suspect has called “Allahu Akbar“ an Arabic phrase meaning “God is Great” before starting his spree and is often also associated with the acts of Islamist terrorism. And this is also a part of the investigation. As per standard practices of German police, the names of the suspect haven't been released. According to the news outlets, among the three who died on the crime scene, one of them was a young boy and one of his parents.


The videos that appeared on social media, showed a seemingly barefoot man wearing a face mask, holding a long knife, and being ward off by other people by chairs until the police arrived. Some videos have shown the blood on the floor. Videos have matched the crime scene as reported by Wuerzburg's central Barbarossaplatz, as immediate verification of videos wasn’t possible. After the deadly incident, dozen of police with emergency vehicles arrived at the crime spot to stop the culprit and help the injured.

Wuerzburg is an ancient city with a population of 130,000 people. 100km (62 miles ) southeast of Frankfurt, Germany. Five years ago, another attack took place by a Pakistani 17-years old boy asylum, holding a long knife in his hands, shouting the same Arabic Phrases “ Allahu Akbar “ before his spree, which was held in the train. His attack caused five innocent people injured and two seriously injured. These kinds of attacks done by extreme Islamist is making concern for the western world. And causing governments to rethink their policies over migrants of radical Islamist state. This is because these migrants are affecting the citizen of mainland centralist Islamic, who are now facing Islam phobia.