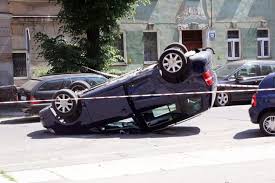 The festive season is the busiest time of the year, resulting in many accidents in South Africa and 2022 has been no different as people have been traveling and a lot of accidents are being reported.

The N1 highway said to be one of the busiest roads in the country, has been reported by the citizen as having had more than five accidents.

The Citizen reported one of the road accidents, where a minibus taxi and a truck collided, killing the lives of 7 people. The statistics from the Road Traffic Management Corporation (RTMC) from 1 December 2021 to 11 January 2022 indicated that there were about 1,395 fatal crashes during the time of the festive season. According to the Road Traffic Management Corporation, this festive period has seen increased traffic leading to more crashes and fatalities, meaning the roads are even more dangerous during this time of year.

The RTMC report also shows that most of the fatal accidents usually happen over the weekend, that is, Friday, Saturday, and Sunday and these three days have contributed 54% to the total number of deadly accidents over the festive season of 2021.

Adding to this, most of these accidents reported happening between 19:00 and 22:00 in the evening, which is why it is the most dangerous time to be out on the road over the past two years, reports the RTMC.

In an article published by The Chronicle on Monday, six Zimbabweans were killed along the N1 highway near Musina in the Limpopo province as they were involved in a head-on collision with a truck while heading home from South Africa. The incident occurred around 6 am last Monday along the N1 highway near Dorothy farm in Musina. According to The Citizen, over 2,000 motorists became arrested throughout the country for driving offenses such as drunk driving, speeding, and others since the festive season began.

One of the many December accidents includes the shocking Boksburg gas tanker explosion occurring on Christmas eve. It took place, when the tank exploded under a low-lying bridge in Boksburg Gauteng, tearing the roof of the emergency section in Tambo memorial hospital, destroying two homes and several cars while injuring watchers and people who were nearby. The News24 reports that the death toll from the explosion has risen to 34 people while some are still in critical condition.