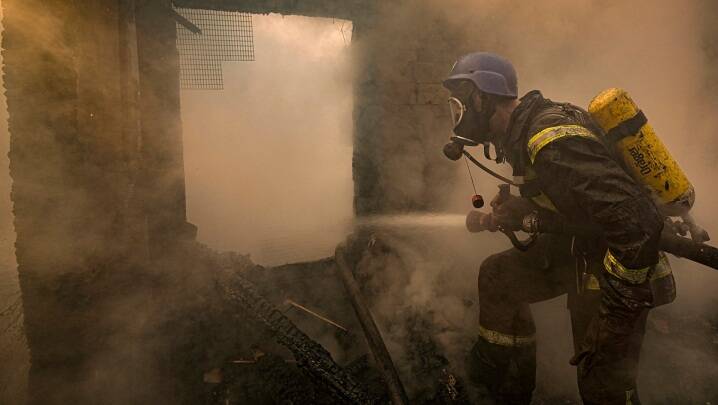 According to Reuters, Ukrainian presidential advisor Oleksiy Arestovych stated on Wednesday that he believed the current phase of the Russian invasion would stop by the end of April because the Russian assault has already slowed in several regions of Ukraine.

According to Oleksiy Arestovych of local media, Russia has already lost 40% of its military forces, reducing the possibility of a nuclear war.

However, Ukrainian officials have claimed that Russia grabbed 15 rescue workers and drivers from a humanitarian convoy attempting to bring badly needed food and medical supplies into the devastated port city of Mariupol, which has also been attacked by naval forces following weeks of air and ground attacks.

The Ukrainian official agency in charge of the Chernobyl exclusion zone announced on Tuesday that Russian armed forces attacked and destroyed a new lab at the Chernobyl nuclear power plant that works to enhance radioactive waste management, among many other objectives.

According to Ukrainian President Volodymyr Zelenskyy, 100,000 citizens were in Mariupol, a city in southeastern Ukraine.

In plenty of other news, with Europe suffering its most dangerous future since World War II, United States President Joe Biden will meet with key allies in Brussels and Warsaw this week to attempt to stop Russia's war on Ukraine from developing into a larger crisis.

President Biden will leave on a four-day trip on Wednesday, putting his ability to negotiate the continent's biggest crisis since World War II ended in 1945 to the test. There are concerns that Russia would use chemical or nuclear weapons if its invasion is stopped by transportation or logistics and overwhelming Ukrainian defense.