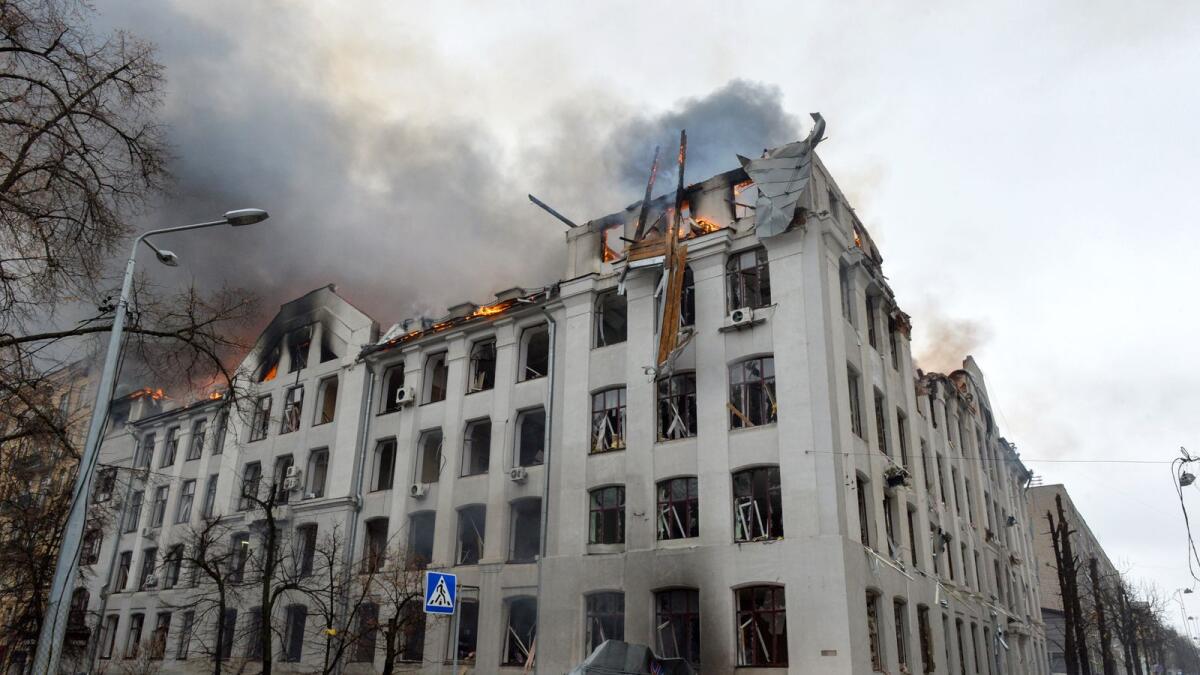 Russian Ambassador-designate Denis Alipov said Russia will investigate the death of the 21-year-old Indian medical student who died in Kharkiv, Ukraine. Naveen Shekarappa Gyanagoudar, a fourth-year medical student at Kharkiv National Medical University, was killed during an intense bombing of a city in eastern Ukraine when he went out to get food for himself.

According to his friends, Naveen was standing in line at a store when he was hit. Witnesses said the Russians had blown up a nearby government building.

The Foreign Secretary of India, Harsh Vardhan Shringla, had said the circumstances surrounding his death were not entirely clear.

Mr. Denis Alipov stated, "I want to convey our condolences to the family of Naveen Shekarappa Gyanagoudar and the whole Indian people on the catastrophe." At a media briefing hosted by the PTI news media agency,

The Russian government will make sure that they get proper protection and the safety of the Indian people in the conflict zones, and they will also launch a fast and full investigation into this unfortunate incident which has already taken place, he added.

Ukraine has suffered more than 300 civilian casualties since Russian forces invaded the country on February 24, 2022, after months of tensions with NATO.

On Monday, a United Nations human rights watch team confirmed 376 civilian casualties, including 94 dead, after a three-day clash. A United Nations report has said that the fighting has caused severe humanitarian consequences and that the casualties could be much higher.

The death toll has risen as Russia shifted its strategy to an all-out offensive involving large numbers of troops, bombing, and rocket attacks on the Ukrainian capitals of Kyiv and Kharkiv. Initially, Russia sent small groups of infantries backed by tanks, armored personnel carriers, and attack helicopters.

India has asked envoys from Russia and Ukraine to ensure "urgent safe passage" for Indian nationals stranded in Kharkiv and other conflict zones. Shringla explained that there is a war going on and we will have to make the best use of the situation in order to find a way.

India is conducting large-scale evacuation exercises to bring back Indians, most of whom are stuck in Ukraine.