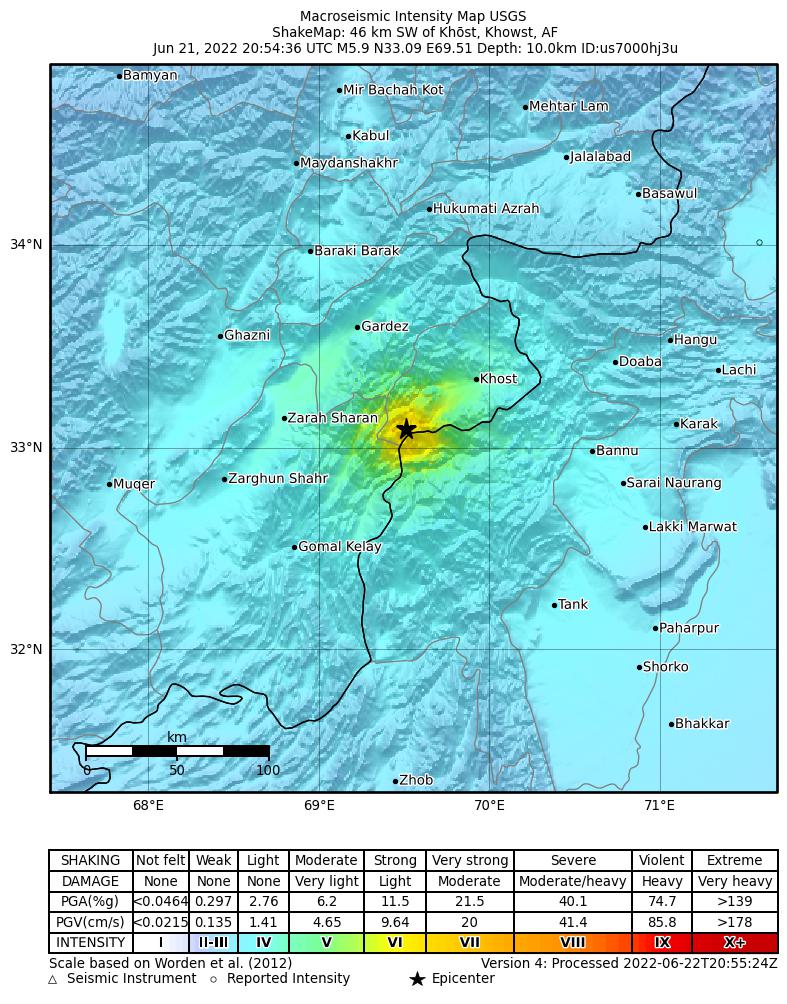 A large earthquake in eastern Afghanistan has killed at least 1000 people and injured around 1500, according to figures from Bakhtar News Agency.

An earthquake with a magnitude of 6.1 hit the streets of Afghanistan on early Wednesday as residents slept, BBC reported. The depth of the earthquake was 51km, leaving hundreds of houses to rubble.

Wednesday’s earthquake marks the deadliest quake since 2002, when a 6.1 magnitude quake hit northern Afghanistan and killed around 1000 residents, according to The Times of India.

The number of deaths and injuries is expected to rise as the aftermath from remote mountain villages is yet to be counted, according to Reuters. A health and aid worker said an unknown number of people are buried and stuck under the rubble and that rescue operations are complicated from weather conditions such as rain or landslides.

"Many people are still buried under the soil. The rescue teams of the Islamic Emirate have arrived and with the help of local people are trying to take out the dead and injured," an anonymous health worker at a hospital in the hard-hit Paktika province told Reuters. He asked to remain anonymous as he was not authorized to speak to the media.

Sam Mort from UNICEF’s Kabul unit told the BBC that Taliban officials reached out to the UN for help in “assessing the needs and responding to those affected."

The geography, building quality, and population density can make Afghanistan more susceptible to earthquake damage, Robert Sanders, a seismologist with the US Geological Survey said to The Times of India. He said that earthquakes of this magnitude would not cause such destruction in many places in the world.

“Because of the mountainous area, there are rockslides and landslides that we won’t know about until later reporting. Older buildings are likely to crumble and fail,” he said, according to The Times of India. “Due to how condensed the area is in that part of the world, we’ve seen in the past similar earthquakes deal significant damage.”

Loretta Hieber Girardet from the UN’s disaster risk reduction office also worries the state of geography might danger the rescue process of civilians, Reuters reported. She said rain and tremor created risks of landslides for rescue workers and those trapped.

“The roads are poor even at the best of times so having a humanitarian operation put in place is going to be immediately challenged by the lack of easy access to the area,” Girardet said to Reuters.

The locals described the devastating experiences during and after the earthquake in the early morning hours.

"Every street you go, you hear people mourning the deaths of their beloved ones," a journalist in Paktika province said to BBC.

"We were all sleeping at home... and the room fell over us," said Gul Faraz according to Reuters. He was treated for his injuries at a hospital in Paktika and mentioned that some family members have been killed.