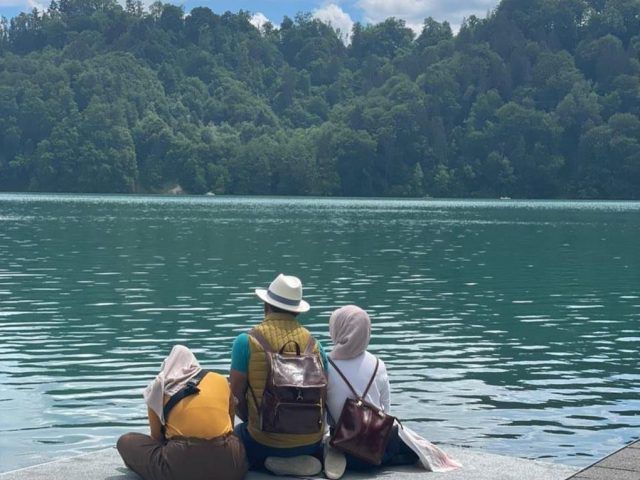 The eldest son of the West Java Governor of Indonesia Ridwan Kamil, Emmeril Kahn Mumtadz or Eril, has been missing since Thursday, May 26, 2022, at 09.40 local times because he was dragged by the current in the Aare River, Bern, Switzerland. the police and the Bern maritime team immediately went down to look for Eril.

Ridwan Kamil, who was in England at the time for government activities, immediately went to Switzerland. Ridwan Kamil and his wife have been trying to find him. Before was found at the Engehalde dam in Bern, the police had formed a SAR team that immediately searched potential locations along the Aare River which included about 20 people consisting of river police, medical police, and firefighters using drones, boats, divers, and police dogs. During Ridwal Kami's search, Eril's father also helped. On June 2, Ridwan Kamil's family decided to return to Indonesia without their first child, because there was work in Indonesia as a governor. At home, they immediately held a prayer together and continued to unite the search for Eril from a distance. The news of Ridwan Kamil's family return was shared by his wife, Atalia Praratya, the mother of Eril on her personal Instagram account @ ataliapr

Eril accompanied by his mother and younger sister came to Switzerland to search for a master’s program to further his studies. While in Switzerland Eril took time with his sister and friends to swim in the Aare River. When he was about to rise to the surface, Eril was dragged into the air and disappeared. Eril had screamed for help. His screams were heard by residents who reported the incident to the air police.

"Eril shouted 'help', and his family on the roadside tried to help. Residents on the riverbank heard shouting 'please' and reported to the police. Downstream, the police already know (where they are going)," explained Elpi Nazmuzzaman, Eril's uncle.

"But God's destiny has been determined, Eril was carried away before he managed to rise to the mainland," said Eril's uncle.

On Thursday 9 June 2022, Eril's body was finally found, receiving the news Ridwan Kamil applied for leave as governor from 9 to 19 June 2022, and to ensure the running of the government, West Java Deputy Governor Uu Ruzhanul Ulum who will assist the government until the return of Governor Ridwan Kamil. The governor left for Switzerland alone with his assistant, not bringing his entourage.

According to the plan, on June 11 or 12, Eril's body will be brought to Indonesia. “The court has given Eril's body to the family," said the Indonesian Ambassador to Switzerland and Liechtenstein, Muliaman Dharmansyah Hadad at a press conference, Thursday (9/6/2022). In this process, the Embassy of the Republic of Indonesia in Switzerland will carry out escorts until Eril's body arrives in Indonesia.