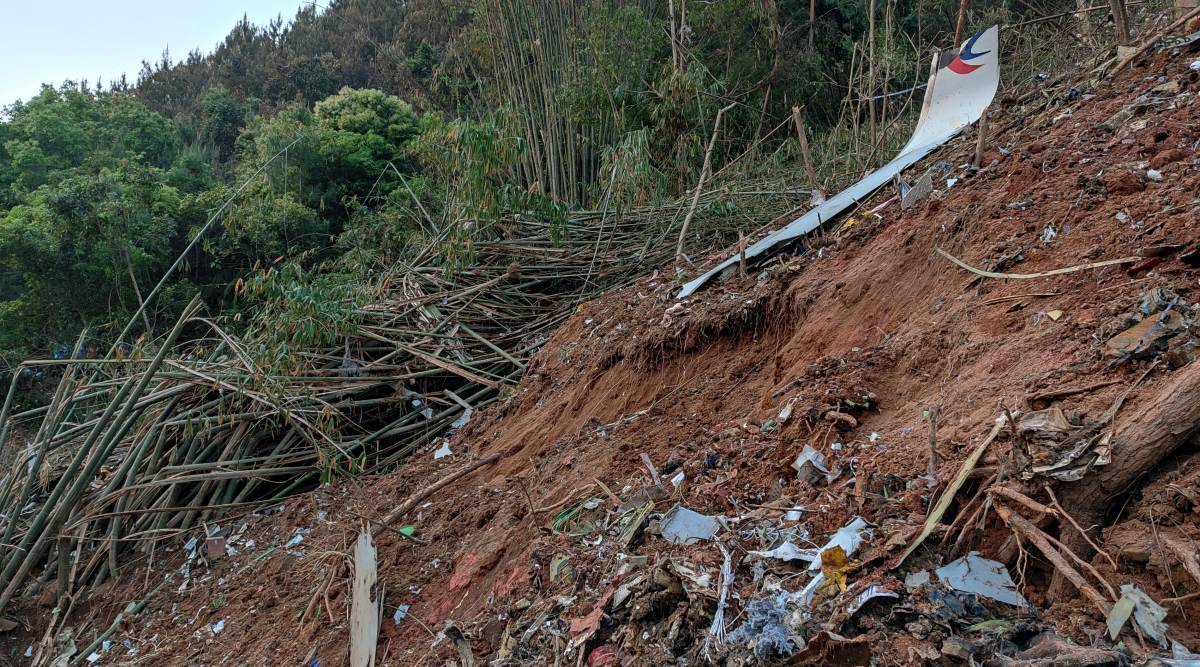 On Monday, a China Eastern Airlines Boeing 737-800 carrying 132 passengers crashed in the hills of southern China during a domestic flight after a precipitous drop from cruising altitude.

There were no survivors, according to the media, and the airline expressed its condolences to the passengers and airline crew staff who died.

The plane was traveling from Kunming, the modern capital city of Yunnan province, to Guangzhou City, the capital of Guangdong, which surrounds Hong Kong.

According to the flight monitoring website FlightRadar24, the reason for the crash, in which the airplane dropped at a final speed of 31,000 feet per minute, is being investigated. The airline stated that it had set up a helpline for families of passengers on board and had dispatched a working group to the spot.

According to the media, a rescue officer stated that the airplane disintegrated and sparked a fire that destroyed bamboo trees. According to a regional firefighting department official reported by the People's Daily, there was no trace of life among the debris.

The plane, carrying 123 passengers and nine crew members, lost communication over the city of Wuzhou, according to China's Civil Aviation Administration of China and the airline. The flight left Kunming city at 1:11 p.m. (0511 GMT) and had been due to arrive in Guangzhou city at 3:05 p.m. (0705 GMT), according to FlightRadar24 data.

At that time (0620 GMT), the plane, which Flightradar24 reported was six years old, was traveling at an altitude of 29,100 feet. Data indicated that it had dropped to 9,075 feet in just over two minutes and 15 seconds.

After yet another 20 seconds, its last tracked altitude was 3,225 feet.

The aircraft is usually in auto mode during the cruise phase. So it's difficult to understand what happened. According to Li Xiaojin, a Chinese aviation specialist, "From a technical perspective, anything like this should not have occurred."

At the time of the incident, online weather data indicated partly cloudy skies with decent visibility in Wuzhou city.

According to official broadcaster CCTV, President Xi Jinping has directed investigators to uncover the reason for the disaster as quickly as possible and to maintain "total" airline safety.

A Boeing representative stated, "We are already aware of the previous media accusations and are trying and seeking to get further evidence against it."

According to the Aviation Safety Network, China's most recent deadly airplane accident occurred in 2010, when an Embraer E-190 regional airplane flown by Henan Airlines crashed on approach to Yichun Mingyueshan airport in poor visibility, and 44 of the 96 passengers on board were killed.

According to the Aviation Safety Network, a China Northwest Airlines Tupolev Tu-154 collapsed on the way from Xian to Guangzhou in 1994, killing all 160 people on board and ranking as China's worst-ever flight accident.