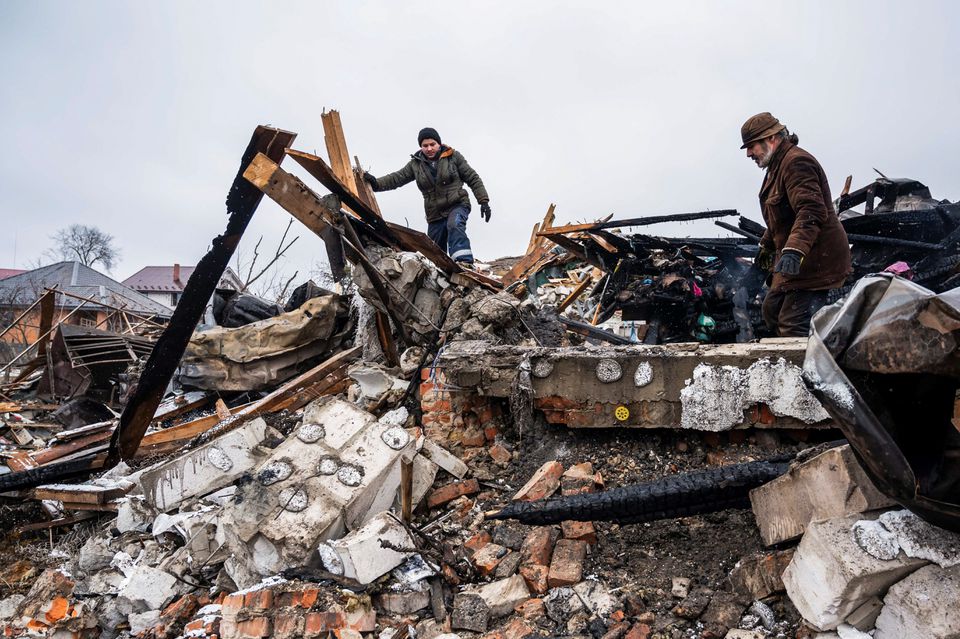 Russian troops have surrounded two strategic seaports in Ukraine and bombed the country's second-largest city, while the huge armored column threatening Kyiv appears to be stalling outside the capital.

On Wednesday morning, Russia's defence ministry said that it had taken Kherson city, but hours later, President Volodymyr Zelenskyy’s adviser responded that the Ukrainian side was still defending the city.

At an emergency meeting on Wednesday, the United Nations General Assembly voted in emergency meeting to immediately halt Moscow's attack on Ukraine and withdraw all Russian troops, drawing sustained applause after 193 member states strongly backed against the invasion.

India abstained, reiterating that differences can only be resolved through dialogue and diplomacy.

For the first time since the invasion began, Russia reported its military casualties, saying nearly 500 of its troops had been killed and almost 1,600 wounded.

Ukraine has asserted that over 7,000 Russian servicemen have been killed in the past week. It said that it has not disclosed its own military losses, but that more than 2,000 civilians have died.