Back to School Expenses Amid January Disease 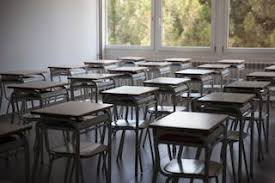 South African students and parents are preparing for the new school year will begin Wednesday, 11 January for inland provinces, while coastal schools will reopen on Wednesday, 18 January. Parents and guardians are not as excited as they must fork out money for school fees and stationery.

The social talks spoke to some parents who have children returning to school this Wednesday. They have mixed feelings about schools opening their doors as they claim to be broke from the festive spending. One parent said, "Honestly, I'm not fully prepared for this school term. I saved money for school fees but I haven't bought all the stationary needed. Some of the things I will buy when I get my January pay because all my money is finished. Even at home right now we are having a tough time, especially with food for the household."

Another one said, "I spent a lot during the festive, the same kids wanted Christmas clothes and food. I was forced to go to a loan shark because of this situation. I hope I will be able to pay them back because these people are dangerous. All the same, I am happy that my child gets to go to school like others."

"My child will have to use last year's uniform and stationery again this year. His sister is going to the university also this year, so I have too that to take to be able to care for them both. At least he is at a government school where learning is free," said a mother of 2 children who is a domestic worker.

Parents and guardians are now battling the January disease as they can hardly afford back-to-school expenses.

According to an article published by The BusinessTech, the Pietermaritzburg Economic Justice and Dignity (PMBEJD) group has proposed the South African government to introduce a special ‘back to school’ grant. A resolution for the country that will help parents every January as they prepare their kids to get ready for the new school year. It said that this will ease the burden for parents, reducing debts incurred by parents at the beginning of the school year while also providing a foundation to support education.

The BusinessTech goes on to report that the Government, through the Department of Labour and Employment, is proposing an increase of 8% in the National Minimum Wage (NMW) for the year 2023, which would take the rate up to R25 per hour. The PMBEJD, however, is saying the money is still not enough especially to cover three core everyday expenses: food, transport and electricity. They think that the NMW is a poverty wage that slows down the economic growth of the country and damages people's health.