Between Body Positivity and Diversity, Female Representation is a Cultural Matter 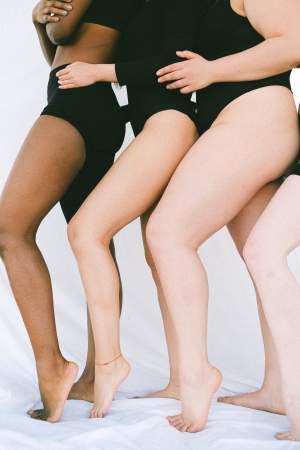 Body positivity and inclusivity have been on the rise within the fashion industry, giving it more power to influence positive change than many people might believe.

For a long time, the fashion industry has mostly featured white, skinny, young models on the runways and in magazines, brand commercials, advertisements, and so on. The typical size of the garments ranges from a US size 0 to a US size 4, misrepresenting the average body.

In the US, about half (51%) of Americans say they feel pressured to have a certain body type. Of 657 Spanish girls, nearly 50% expressed a desire for a thinner body, despite being a normal body weight. The same holds true for different age groups. In Australia, for example, approximately 60% of women between the age of 60 and 70 years old reported being dissatisfied with their bodies, and more than half reported restricting their eating as means to avoid weight gain.

The fashion industry, facilitated by the new social media and visual strategies of representations, has a long history of promoting unrealistic standards of beauty.  Body image is a major concern for societies, as individuals who are dissatisfied with their bodies are more likely to experience physical and psychological trauma ranging from depression and social anxiety to eating disorders and suicidal thoughts.

The fashion industry has made some progress in terms of bringing about social change. Fashion has opened itself to strong changes in representation and diversity, embracing sensitive social hallmarks to better represent its audience.  We can think about Nike’s plus-size line, introduced in 2017 in response to increased demand for plus-size products. Nike produced a line of products that celebrated the shape and ethnic diversity of women who are “stronger, bolder, and more outspoken than ever” (Fashions Finest).

However, it is common, and rightfully so, to think that the social change brought about by such giants of the fashion industry occurs only in response to public pressure and as a strategy for higher economic gain. As a result, in such a complex and constantly changing industry, there is a need to promote a more perceptive process for developing stronger body positivity and inclusivity.

In a recent interview with the Washington Post, Dior creative director Maria Grazia Chiuri stated “models  don’t represent women”, referring to the beauty standandards that animate the runways that do not include a realistic view of women. “When you see a model, it’s not that you want to dream about being a model. You have to see yourself in the dress. The model is only a girl that passes in front of you”, she added.

According to Chiuri “we need to change a mentality” and stop attributing models with such power. In other words, we need to change the idea of models as unattainable beauty icons begin to recognize models as professions who wear a clothing to project the imagery described by a brand onto the body of a hypothetical consumer (nss G-Club).

With such statements, the question arises as to whether it is better to include social value in fashion by endorsing inclusivity and sensitivity to body representation, or to be 'factual' and differentiate such a profession from the ideal beauty canon. What stays unchanged is that female body representation is and will remain a social phenomenon that blurs the line between market strategies of communication and social issues of inclusivity and empowerment.