Between East and West: Moldova and NATO 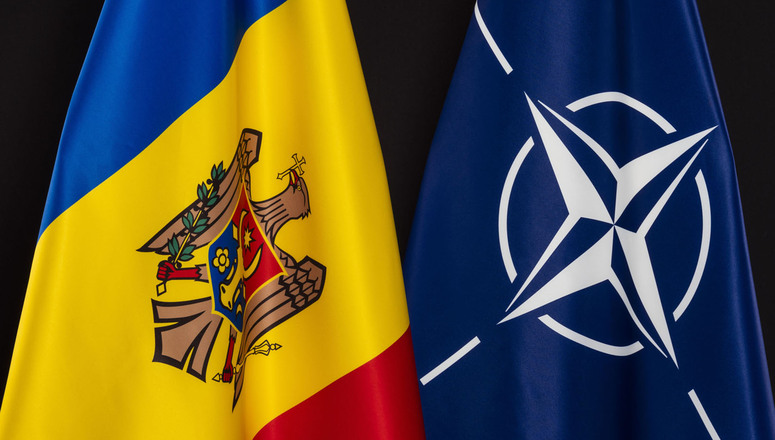 Moldova, a member of the Euro-Atlantic Partnership Council, seems to be a step closer to NATO. Source: Nato.int

Some days ago, British Foreign Minister Liz Truss stated openly that in the Republic of Moldova, currently not a NATO member, the military equipment should be raised to NATO`s standards. The problem stems from the prolonged Russian aggression against Ukraine, Moldova`s peculiar geographical position, and the presence of the pro-Russian separatist region of Transnistria. The situation is further compounded by the fact that Moldova is not a NATO member.

Moldova is based on neutrality. This concept is so important that is also enshrined in the constitution. Article 11, states clearly that "The Republic of Moldova proclaims its permanent neutrality and that it “does not allow the deployment of armed forces of other states on its territory." Subsequently, this principle contravenes, in theory, accession to organizations like the NATO or on the eastern side, the Collective Security Treaty Organization (CSTO). Nevertheless, Moldova became a member of the North Atlantic Cooperation, as of the 1997 Euro-Atlantic Partnership Council.

In the meanwhile, the situation in the breakaway region of Transnistria, de jure part of Moldova and the facto an independent state recognized by Russia but not by the international community, represents a geopolitically and geographically vital area for Russia, and the realization of the plan of the so-called Novorossija, namely New Russia.

The latter is a concept elaborated during the Russian Empire designating an area north of the Black Sea. The idea of Novorossija runs back to the 18th century when, after the outcome of the several Russo-Turkish wars taking place between 1735 and 1812, the Russian Empire gradually extended its influence in Southern Ukraine by establishing the Novorossiysk Governorate. Moreover, the policy of planned settlements of ethnic Russians loyal to the empire in this region, implemented particularly under Catherine the Great had the goal of substantially modifying the area`s population composition.

In this regard, Transnistria`s pro-Russian stance is necessary for Russia as the de fact state represents a favorable point of connection with the Donbas region creating, therefore, a powerful corridor of high geopolitical relevance. Recent Russian gains in the region since the beginning of the war in Ukraine point toward this direction.

Turmoil in Transnistria was registered particularly after several blasts recorded in April and targeting hotspots like the security ministry, a military unit, and a radio tower belonging to Russia. This sparked fears of possible Russian attacks beyond the Ukrainian borders as these acts were labeled as terrorist attacks by Russian Ria Novosti and could be a make-believe pretext for a new invasion.

This is creating worries among the Moldovan population living close to the border with Transnistria as they report the presence of more and more Ukrainian military in the area. They fear a spillover of the war from Ukraine into the breakaway region and, ultimately, into Moldova Russia has a contingent of 1,500 militaries considered by the Kremlin as peacekeepers.

The problem of NATO accession for historically neutral countries has been the object of recent debate because of Sweden and Finland`s recent decision to accede to the organization. For Moldova, whose neutrality is constitutionally protected, this can be a predicament. At least until 2018, this neutrality concept seemed to be reflected in several opinion polls. Accordingly, from September 2014 to June 2018, the number of Moldovans against a NATO membership shifted from 31% to 43% whereas NATO supporters shifted from 31% to 22%.

Considered the ambitious Russian plan to restore the Novorossija project, Moldova could be the next goal after gaining Odessa, aided by Transinistria`s territorial vicinity and support. Arguably, the accession of two new states to NATO, Sweden and Finland, and suggestions of a possible membership of Moldova could potentially be seen by Russia as the last straw leading to new aggressions.