Biden Criticised Russia and China: Democracy is Struggling with Dictatorship 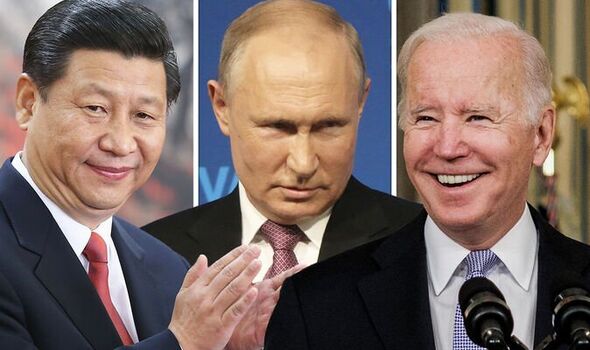 “The next ten years will be the defining decade of this century,” said US President Joe Biden in his speech to the 1,200 recent graduates at the Naval Academy (USNA) graduation ceremony on 27 May.

Biden lashed out at Russian President Vladimir Putin and named Chinese President Xi Jinping in his speech. He also reminded the cadets that “this is the world you will face when you graduate” and “it is your responsibility to maintain a free and open Indo-Pacific region and freedom of navigation in the South China Sea.” (Biden’s speech at the USNA graduation ceremony on 27 May)

Biden accused Putin of waging a brutal war in Ukraine and trying to destroy Ukrainian culture. But Biden said, “He was wrong,” referring to Xi Jinping’s phone call to him, saying that “democracy is unsustainable in the 21st century and that dictatorship will rule the world because democracy needs time to build consensus doesn’t have that time.

“The next decade will be the defining decade, shaping the world and its values for generations,” Biden said, stressing that “things are changing so fast. You are graduating at a turning point in American history and the history of the world.”

Biden painted a picture of the current situation in the world, referring to the war in Ukraine and the US support for NATO-allied forces in Europe: “Putin’s attempt to ‘Finlandise’ the whole of Europe by invading Ukraine has instead led to the ‘NATOisation’ of Europe.” (Biden and Putin met in Geneva)

Speaking of China, Biden reiterated his call for a ‘free and independent’ Indo-Pacific region; “we are experiencing a global struggle between tyranny and democracy.”

This is President Biden’s third commencement address of his presidency, having delivered two speeches last year at the Coast Guard Academy and South Carolina State University.