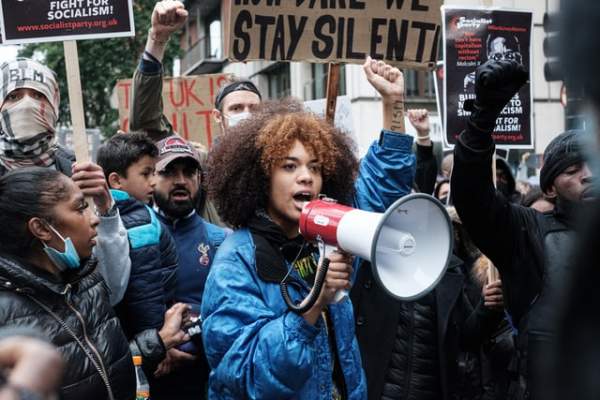 In May of 2020, fuel was fed into the Black Lives Matter (BLM) movement once again over the innocent death of another black male at the hands of the police. George Floyd was murdered by police officers pinned under their knee. The series of protests that followed led to the landmark judgment where the three ex-officers were found guilty in Floyd’s case. At the same time, this was able to bring into light other important cases where justice was yet not served to people of colour, Breonna Taylor being one of them.

Breonna Taylor was shot by a police officer thirty-two times in her own home whilst she was asleep. The national outcry for black citizens being stripped of their rights and freedoms showed the gross injustice and negligence the United States system was built on. The growing globalized nature of the movement showed how systemic racism was engraved into most societies. With protests from within the United States to the United Kingdom, Canada, Sweden and more, the recognition of necessary change to a system that raised and bred injustice had to come to a halt. Breonna Taylor’s case, however, saw the justice system failing once again when after two years of her brutal murder ex-officer Brett Hankinson was found not guilty for being responsible for her murder.

Brett Hankinson claimed to have done what he found necessary in the given situation. It is hard to believe a reasonable man deems firing thirty-two shots at a sleeping individual was necessary. While the verdict might have found him to be not guilty, his statements alongside the usage of No-Knock Warrants show us the threat police officers hold towards those belonging to communities of colour. The notion of doing what is ‘reasonable’ shows that officers such as Brett Hankinson associate threat to be directly proportional to the mere existence of people of colour. Backtracking to George Floyd’s murder where a police officer had held him down over the misuse of a $20 bill. The officer found it reasonable to cost a man his life equating it to a crime of using a fraudulent $20 bill. While the officers involved in that case were found to be guilty, in Breonna’s case they were not.

No-Knock Warrants have been a problem in the United States for a long period of time. After Breonna Taylor’s murder, the Breonna Law was passed in Louisville, outlawing the use of No-Knock Warrants. Her family still protests along with other allies to outlaw the usage in states which have not followed. Ilhan Omar currently fights to propose a no-knock warrant that could be applied at a federal level but as for now while there have been attempts made under Breonna’s Law or the policing changes following George Floyd’s murder, they are not applicable at a federal level.

The raids conducted through no-knock warrants are highly dangerous. These raids are conducted in a way to catch the suspect off-guard but often results in an open fire. Not only are they dangerous for the individuals subjected to the no-knock warrant but also to police officers going in. The issue begins with the fact that people of colour are more policed than other potential criminal suspects, in the long run, to put an end to the decades of violence that black communities have suffered due to racist policies will require us to have systemic changes but halting no-knock raids and changes in policing will allow fewer lives to be lost due to gross police negligence.

Breonna Taylor’s family alongside thousands of allies continue to protest to stop what happened to Breonna to happen to others. It’s appalling to think ordinary citizens must beg and plead their demands to be given their rights and freedoms because they know the system will fail them if they do not take these steps. Days, where people have to cry for justice for a black woman’s right to sleep in the comfort of her own house, is when we’ve truly lost faith in an effective legal system.