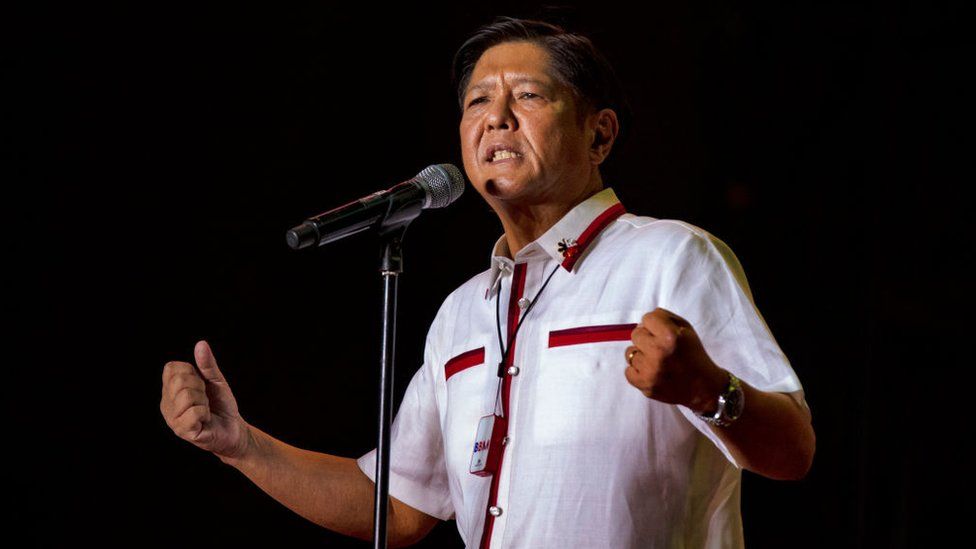 When the polls closed on Monday 9th May at 7pm local time (12pm BST), it was likely that counting would take a week or two before we could have a definite result of who will succeed President Rodrigo Duterte for the next six years.

However, more than 98% of polling precincts have concluded the counting of ballots and it is clear that Ferdinand ‘Bongbong’ Marcos Jr, the son of the former namesake dictator is expected to win a landslide according to the unofficial results by the Philippine Electoral Commission (COMELEC) and the broadcasters in the Philippines. Yet, an official result is to be expected and the Philippine Congress will also have to canvass the election, which will confirm Mr Marcos’ presidential win.

This will be the return of the Marcos Family to the Malacanang Palace (the home of the Philippine President) in 36 years since they fled into exile during the ‘People’s Revolution’ of 1986. Ferdinand Marcos Sr. was president from 1965 up to 1986 when during his tenure he imposed martial law which witnessed a series of human rights abuses, corruption, poverty and the shutdown of broadcaster ABS-CBN.

The ‘People’s Revolution’ of 1986 saw many Filipinos rebel against the Marcos Regime until they were eventually exiled to Hawaii where Marcos Sr. passed away in 1989 at the age of 72. Many of Bongbong Marcos’ critics say that his election campaign was fueled by misinformation on social media, which Marcos has denied. Howard Johnson, Philippines Correspondent for BBC News said that there are questions that need to be asked about faulty machines at polling stations and videos circulating on social media which show alleged vote-buying.

The candidate that was Marcos’ closest competitor was outgoing Vice President Leni Robredo whose campaign was known as the ‘Pink Revolution’ which was her campaign colour supporters wore. VP Robredo is a former lawyer and human rights activist whose campaign was focused on rooting out corruption in Philippine politics. Other candidates included boxing legend and Senator Manny Pacquiao and Mayor of Manila Isko Moreno who unlike VP Robredo have conceded defeat to Bongbong Marcos.

Despite outgoing President Rodrigo Duterte giving an official endorsement, his daughter Sara Duterte, Mayor of Davao City is the running mate of Mr Marcos who is also currently leading in a landslide for the vice presidency. Voters in the Philippines were not just voting for a new administration, but as well voted for new senators, members of Congress and local officials across the country. The full results are most likely going to be announced within the coming days or weeks.