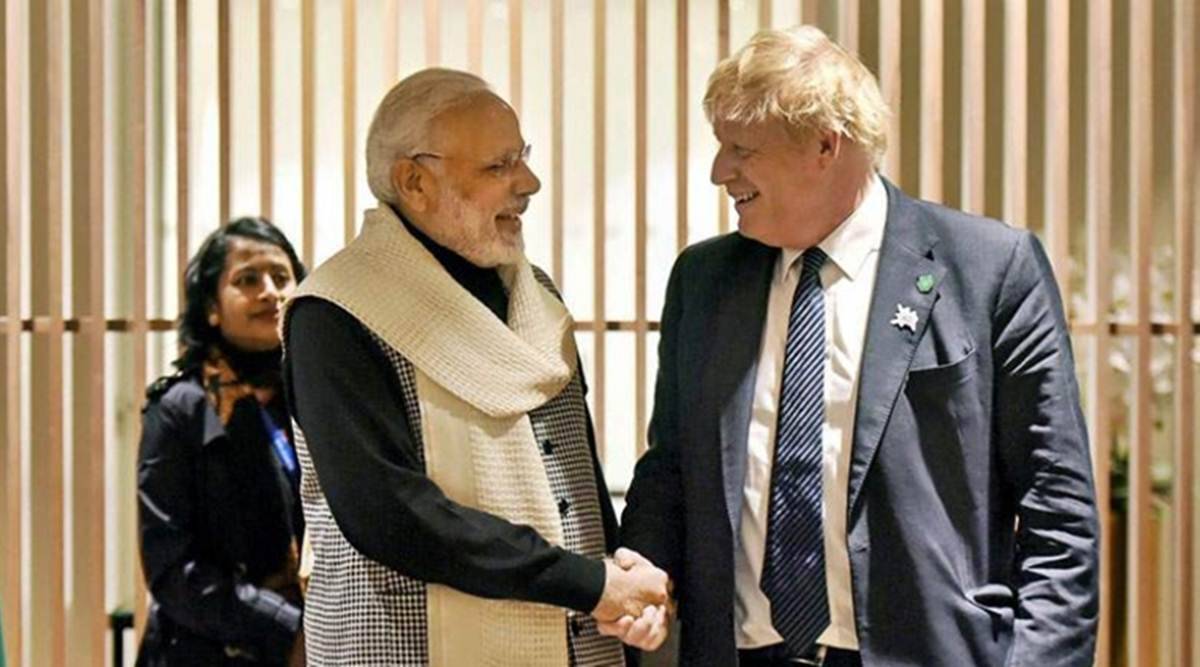 UK Prime Minister Boris Johnson is on a landmark 'two-day' visit to India. He will meet his Indian counterpart, Prime Minister Narendra Modi, in the national capital of New Delhi. The news came after Johnson announced commercial agreements worth 1.3 billion dollars.

The new investments and exports deals announced ranged from software engineering to auto manufacturing to health. To have a better idea of the kind of commercial agreements signed, the deals range from research and development centers being opened up to the sale of robotic surgical systems in India. All of which are expected to create thousands of jobs in the United Kingdom and India.

When asked about the deal and relation with India, Boris Johnson replied, "I don't think at any time in my political lifetime has the living bridge between the UK and India been so strong. And just on this trip, we've got about a billion pounds worth of investment coming from India into the UK. They're (India) the second-biggest investor in the UK. That investment alone will drive 11,000 jobs". He further added that "we're hoping to complete another free trade agreement with India by the end of the year, by the autumn. Already you're seeing products like UK medical supplies and British apples getting ready to come onto the Indian market even before the deal is done."

The critical meeting between the leaders will see a more significant push for more robust defense security and trade ties. Johnson has said that he is hopeful that India and the United Kingdom will sign the free trade agreement, which is currently under negotiations, by the end of this year. Next week, the negotiating teams will hold their third round of formal talks in India.

Also on the agenda list are Russia's actions in Ukraine and the need to remain focused on the Indo-Pacific despite turbulence in Europe. Boris Johnson said, "I think everybody understands India and Russia have historically very different a relationship perhaps that Russia and the United Kingdom have had over the last couple of decades. We have to reflect on that reality, but I'll be talking about it to Narendra Modi."

Prime Minister of The United Kingdom, Mr. Boris Johnson, will begin the day by first visiting the Indian presidential house. He is expected to pay tribute to Mahatma Gandhi. He will then meet Indian External Affairs minister Dr. S. Jaishankar, following which he will be meeting The Indian Prime Minister, Mr. Narendra Modi. The two leaders are expected to exchange thoughts and issue a joint press statement before Johnson's departure in the evening.

Moreover, it is reported that the power duo has also discussed a visa scheme. A scheme will allow more Indians to pursue their education or think about employment in the United Kingdom.

The latter has said that it's not going to lecture India on its stance on the invasion, but it's going to share its perspective on the situation and hear what New Delhi has to add. It will be trying to focus on convergences rather than divergences.