Bosnia in the 1990s: how a whole country had to adopt a prepper culture to survive 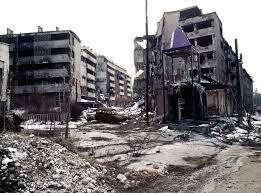 No electricity, no food, no drinking water, and no law to protect them. Many used their prepper skills to survive in a country where nothing was certain about the future. In September 2011, Selco, an unknown user, joined the SurvivalistBoards.com forums and posted what he called "my SHTF experience-wartime," a thread that would since become legendary in the survivalist communities of the world.

Selco details his experience of living in a Bosnian town of 50-60k people, besieged during the Bosnian War. The siege took everything modern humans take for granted and tested Selco and his community's ability to survive with extreme brutality.

His statement, "Money is worthless", described the painful and decisive situation in which anything you own has no value in a city with nothing left; he also described his family of 15 members' struggle to survive.

The Bosnian War started in 1992 and lasted until 1995, however, the cause of the Bosnian war has its roots in World War II, and its impact is still present today. The war resulted not only in the deaths of around 100,000 people but also in the genocide of at least 80% of Bosnian Muslims. In his words, he says that they did not have an army or any police force: there were defense groups created within the dwindling population, and anyone who had a weapon had to fight for their lives and the lives of their families, for their homes and the few things they owned.

We returned to the era of exchange: women sold their bodies in exchange for rations of canned meat. Weapons, ammunition, candles, lighters, antibiotics, gasoline, batteries, and food, everything that was available was priceless. In their words, it was an animal fight. Some were better prepared, but most families had food for a couple of days, some had guns, and a few had AK-47s when it all started. The war caught them unprepared at a time when communications were not what they are today, with no social networks.

Anyway, within a month or two, the gangs started their nasty work, the hospital looked like a butcher shop, the police force disappeared, and 80% of the hospital staff went home. Over the first few months, starvation and low temperatures led to deaths. People took the doors and windows of abandoned houses and burned them for warmth. Selco describes two of his relatives that died from contaminated water, while others died from infectious diseases. They drank rainwater, ate rats and pigeons, whatever they could find to stop hunger.

A black market arose based on exchange. Here are some examples he described:

For a can of corned beef, you had 2 hours with a woman; Selco said that it sounds evil, but it was the reality of that time. Many of these women were mothers desperate to feed their children. Other examples were exchanging candles, lighters, antibiotics and painkillers, batteries, fuel, ammunition, and food.

Selco says he saw how people in that situation turned into monsters; it was animalistic behavior where everyone was fighting to stay alive. In his story, Selco explains that it is not important what is going to happen, whether it is an earthquake, a war, a sudden tsunami, terrorists, or aliens; the important thing is to be aware that something is going to happen. Always.

Thanks to his experience, he says that you cannot survive alone; if you have a family or close friends, you must prepare with them and choose well who you trust.

No matter where you live, trees in your city will be burned and used very quickly, when there is no other way to cook or when people need heat.  Then will follow furniture, doors or wooden floors, anything that can catch fire and will not last long.

Selco also mentions the reasons behind the war. According to him, what has been said all these years about it is false information. Selco states that it was not a war between Christians and Muslims but a civil war where there were many changes of sides.

I cannot compare, as an author, the situation in my country with that of Bosnia. I did not live through a war in Bosnia, but I did live through several conflict situations in my country, Venezuela. In fact, in 2017, there was what I could describe as a civil war, with students and government opponents against the army.

There are some signs to recognize when these situations may occur:

Of course, not all situations are the same. I will tell you what I read from Selco and what I experienced in my country.

Preppers tips to be always ready in this situation:

In Bosnia, in Selco's city, there were gangs of up to 15 men, but there were also ordinary men, fathers, and grandfathers forced to steal or kill due to the circumstances. There are no good guys or bad guys in such a situation. The vast majorities were in the middle of the unknown and were only preparing for the worst. Selco states that it was not known for sure who the enemy was.

Under these conditions, the ability to fix things is more valuable than gold. Items and supplies will inevitably run out, but your skills will keep you fed. Learn to fix things, shoes, or people.

In his testimony, what you store depends on how you plan to live. The basic needs are food, hygiene items, batteries, accumulators, knives, lighters, and soap. If you are going to steal to survive, then save lots of ammunition and weapons. If you want to keep alcohol, get some that can be preserved. Cheap whiskey is very useful for trading.

Many people died from lack of hygiene. You will need simple items in large quantities, for example, garbage bags, as many as you can. Also, toilet paper and on-reusable plates and cups: you'll need lots of them. I know because we didn't have any. A supply of hygiene items is perhaps more important than food. You can shoot a pigeon. You can find a plant to eat. You can't find or shoot any disinfectant, detergents, bleach, soap, gloves, or masks. It is also important to have containers for water: barrels and buckets. You should also keep plenty of expensive items like salt, coffee, and cigarettes; these can be useful for emergency exchanges.

Most of the wounds were from gunshots. With the help of a doctor, the wounded could have a 30% chance of survival. But without preparation, the chances are almost nil. It's not a movie story. People died from cuts and superficial wounds that became infected. Having antibiotics is vital, and you should save them for your people.

Simple diarrhea would kill you in a few days without appropriate medication, and limited amounts of water.  Many used local plants and pure alcohol, sufficient for the short term but useless in the long term.

Today Selco is aware of how your whole world can collapse without a chance to prepare. He has a stock of food and hygiene items in his new home. Everything is enough for at least six months. He says that those who can at least have a full year's supply will be just fine.

He has a house of refuge very close to his residence, and there he also stores enough provisions. He has weapons and plenty of ammunition.

Selco also learned about farming and gardening, because producing your own food is a good skill. The people in his town have been able to prepare for anything that might happen because of the situation.

Everyone will tell you that it won't happen, that it's exaggerated to take care of yourself that way, but we never really know what might happen. In an upcoming article, I am preparing to tell how I survived with my family a national blackout that lasted five days and how that, as an author and Venezuelan citizen, affected me at all levels.