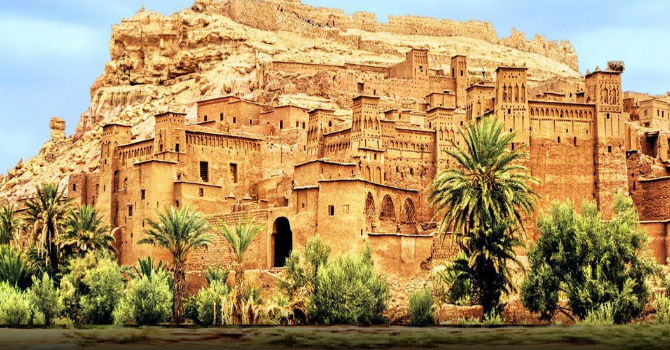 To boost the agricultural field, the Brazilian Agriculture Minister, Marcos Montes, held multiple meetings with Moroccan, Egyptian, and Jordanian ministers regarding their trade, namely in the agricultural sector.

This reinforcement of bilateral relations between North African countries, Jordan, and Brazil came after the Russian-Ukrainian war and its threats to international food security. And since Brazil relies on 85% of imports to fertilize its lands, Marcos Montes started looking for substitutes for other sources than Russia and Belarus. At the same time, China restricted trade with the globe due to the new spread of the pandemic.

In an interview with Reuters, the Brazilian minister said that “it's a pilgrimage that we are calling fertilizer diplomacy.” Furthermore, He added: "We are going to open doors," explicitly showing Brazil’s readiness to develop its trade with other countries to secure their agricultural needs.

Morocco is supposed to play a crucial role in providing countries with phosphate, given that it helps in producing fertilizers for plants and the lands. As Morocco possesses 75% of the world’s phosphate reserves, there will be no issues in exporting the material, and Brazil can expect to fulfill its needs. Marcos Montes held an official meeting on the 12th of May, 2022, with Mostapha Terrab, the Moroccan-state group OCP (Cherifian Office for Phosphate) CEO. They discussed the possible ways of strengthening the bilateral relationships between the countries.

Moving on to the North-East side of Africa, Montes said in an interview with Masrawy newspapers that both Egypt and Brazil have common projects. They will increase after he visits Egypt: A 5%-increase in the importation of Egypt’s fertilizers, whereas Brazil will send more beans, soy, and cereals, given that Brazil increased its productivity of grains by 300 million tons. Furthermore, both parties embraced the great collaboration between the Egyptian and Brazilian private sectors through the Egyptian-Brazilian Chamber of Commerce and thorough coordination between representatives of Brazilian cooperatives and their counterparts in Egyptian cooperatives.

Lastly, Marcos Montes traveled to Jordan, a pioneer producing potassium for fertilizers. He had a meeting with the representatives of the Arab Potash mining company located in Amman. Montes addressed strategies to increase the supply of fertilizers connected to agricultural operations in his nation, one of the world's greatest agricultural producers, with the company's Chairman of the Board of Directors, Shehadeh Abu Hadaib, and its CEO, Maan Nsour. The Brazilian minister visited the company's manufacturers in the Ghor al-Safi area to see the manufacturing process, where he expressed amazement for the advanced technology employed in potash production and the outstanding quality of the goods, particularly the granular potash.

How the Dollar Became the World's Currency?