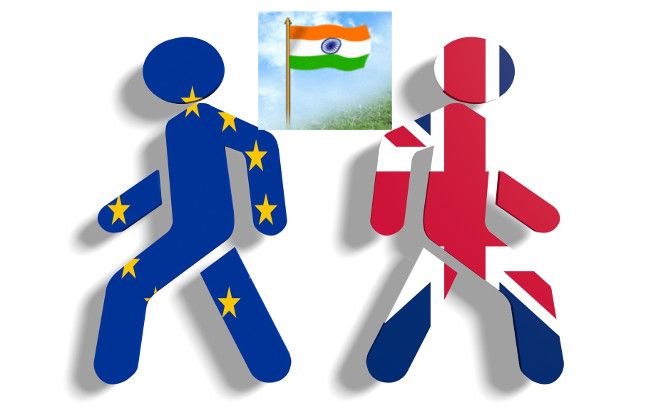 The European Union (EU) is a political, economic, and trade union that was established in 1957. It underwent several developmental changes before arriving at its current form in 1992. Out of the 51 countries in Europe, 28 have signed the agreement giving consent to become members of the European Union. It has surpassed the United States as the world's largest commercial bloc.

Britain has always had constrained relationships with the European Union since the initial stages and the entire world has been a witness of the country’s numerous deliberate attempts aimed at breaking away from the EU.

'Brexit' is the alternate word for the phrasal idea ‘British Exit ’ from the European Union (EU) on January 31, 2020.

This term is also considered by many as a reflector of another term ‘Grexit’ that was denotative of the probable exit of Greece from the EU in 2012, which was coined by two Citigroups’ senior economists.

While Brexit had many direct effects on the relationship between the EU and the United Kingdom, it also had undoubtedly a major impact on India in several areas, including the economy and the corporate sector. This article seeks to highlight some of the significant good and negative consequences of the situation.

What are the possible adverse effects of Brexit on India?

Apart from the significant changes that India would have to bring in its internal and external functioning, there are a number of additional aspects that serve as evidence to prove the fact that Brexit is a piece of terrible news for not only the Indian government, but also for numerous outsourcers, local businesses, investors, and other sectors. Let us see how.

Since the creation of the EU collaborative market, the United Kingdom has served as a gateway for Indian businesses to enter the EU. Following Brexit, Indian companies were forced to compete for these two markets separately and individually.

Let us consider an example to understand the same: Brexit led to an increase in the overhead costs and necessitated the establishment of new offices in both the EU and the UK. Another renowned multinational company - the Jaguar, which is owned by TATA, previously wasn't required to pay any customs charges in the EU market. However, after Brexit, all such companies battled with greater logistic expenses, customs tariffs, and other regulations, rendering these vehicles uncompetitive.

Brexit also paved the way for a subsequent depreciation of the Pound and the Euro which ultimately posed a negative impact on the Indian rupee. Experts believe that this has three major effects:

1. The strengthening of the dollar resulted in a much weaker CAD (cash available for distribution).

2. The previously existing and stable quantity of servicing expenses for bonds issued by Indian companies also saw an increase.

3. Due to the depreciation of the Pound, Indian exports to the United Kingdom tend to suffer.

Following Brexit, the UK was expected to actively seek other partners for goods trade, even though nearly half of the $900 billion in annual EU-UK trade will stay tariff-free and quota-free.

However, goods transiting between the UK and the EU will be subject to customs and other procedures, and the additional paperwork will likely cause some delays. As a result, the treaty would not provide many benefits to Indian goods.

An investment in the form of controlling ownership in a business in one country by an entity established in another nation is known as a foreign direct investment. One of the major sources of India's FDI comes from the United Kingdom. Therefore, the Brexit deal was believed to have a substantial impact on the Indian economy.

Protectionism is a term used to describe government policies that limit foreign commerce to benefit domestic businesses. Protectionist policies are typically intended to boost domestic economic activity, but they can also be enacted to address safety or quality problems. In the foreign affairs field, where till now Multilateralism was being supported and practiced, Britain's exit has proven to help in the emergence of the policy of Protectionism by the sovereign state once again.

What are the positive impacts of the Brexit deal?


Every coin has two sides, and the Brexit deal is no exception. While it puts India in a stronger position to renegotiate its trade pact with the EU and develop itself as a global player, the government must carefully monitor and plan to support the sectors and people who would be affected by the accord.