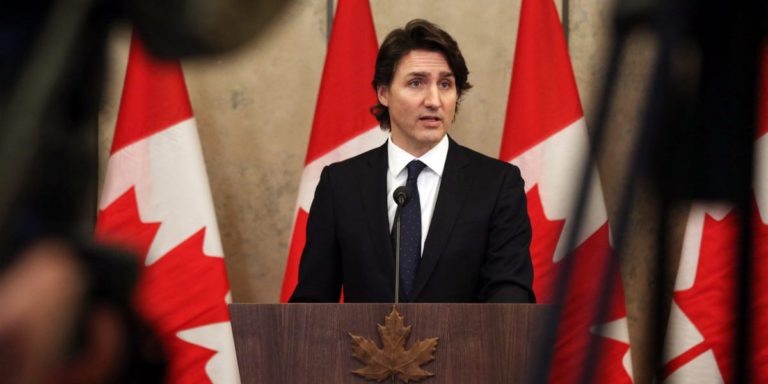 Canadian Prime Minister Justin Trudeau invoked the rarely used emergency act on the 14th February to provide the federal government with temporary powers to seize the illegal trucker’s protest going on in the country.

The PM further stated that the special measures will be geographically targeted and reasonable to threats they are meant to address. "It is no longer a lawful protest at a disagreement over government policy. It is now an illegal occupation. It's time for people to go home." -Prime Minister, Justin Trudeau

What are these protests about?

Since January, Ottawa (the capital city of Canada) has been a home for hundreds of heavy-duty trucks, pick-up trucks, and other vehicles operated by private individuals who are protesting against the social restrictions and vaccine mandates that the government imposed to contain the spread of covid-19.

The protestors blocked the Ambassador Bridge in Windsor which is a major trade corridor between Canada and the U.S.A. They erected tents, a stage, a large video screen, and a hot tub in various streets including the one which runs in front of the Parliament buildings and the PM’s office. "Occupying streets, harassing people, breaking the law. This is not a peaceful protest," said Trudeau.

Hours before the announcement of the emergency act, the Royal Canadian Mounted Police in Alberta reported that they had seized a truck full of firearms at a blockade near the U.S border. Prior to this, the police have already arrested several protestors inciting violence and carrying weapons across the protest-prone regions. These convoy organizers have raised millions of dollars through crowdfunding sites such as GoFundMe and GiveSendGo.

Once the emergency is declared, it comes into effect right away, but the government still needs the vote of the Commons and the Senates within seven days. If either of the houses votes against the motion, then the emergency is revoked.

The Emergencies Act provides the government with temporary measures in order to cope with the “urgent and critical” situation and the resulting fallout, which may not be possible in “normal times”. This act is effective for a month and allows the federal government to bar people from gathering in certain locations and will also allow them to punish the owner companies of the trucks. Deputy Prime Minister Chrystia Freeland said that the Act would also bar the use of crowdfunding websites for illegal activities. Under this act, such crowdfunding sites and payment service providers must have to register themselves with the Financial Transactions and Reports Analysis Centre of Canada (FINTRAC), the national financial intelligence agency, and therefore report every large and suspicious transaction to FINTRAC.

Trudeau said that the military will not be deployed at this stage, but the authorities will be granted more powers to arrest protestors and seize the trucks to clear the blockades. NDP leader Jagmeet Singh declared his support for the Prime Minister’s decision but highlighted the need to turn to the Emergencies Act as, "proof of a failure of leadership”.

Despite a provincial state of emergency in Ottawa, the police in the area have reported being ‘outnumbered’ by crowds and that the demonstrators ignored the threat of arrest and jail time and marched towards the city’s center. Thus, the Canadian PM had to resort to the measure of a nationwide emergency. "This is about keeping Canadians safe, protecting people's jobs, and restoring confidence in our institutions," he echoed.

7 months, 3 weeks ago by Gaganpreet

How Anglophone Countries Changed Their Gun Laws After Mass Shootings