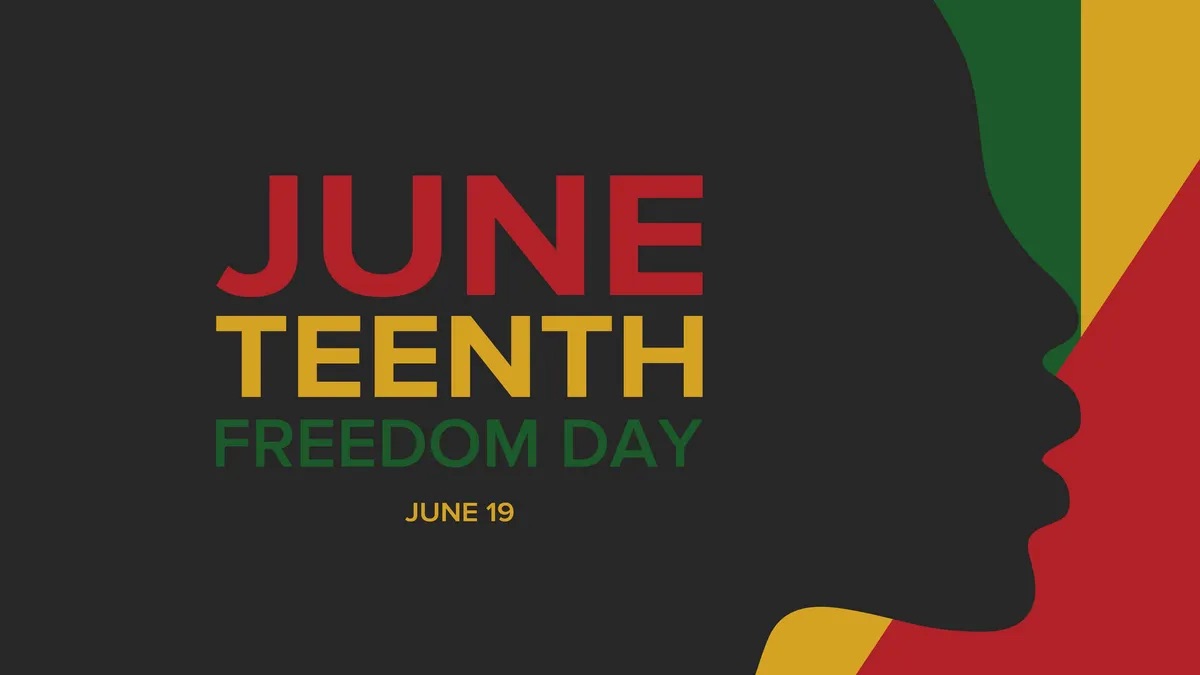 As June ends, many people are closing out the month celebrating the newest federal holiday, Juneteenth, with apparel, flags, and many celebrations this weekend

Juneteenth commemorates the millions of enslaved African Americans who were free from slavery on June 19, 1865. In 1979, Texas became the first state to make Juneteenth an official holiday; several others followed suit over the years. Even though Juneteenth was officially recognized as a federal holiday by President Joe Biden last year, the holiday became known in 2020 after law enforcement killed countless African Americans like George Floyd and Breonna Taylor.

These deaths sparked protest not only in the United States but nationally as many individuals were fighting for the lives of African Americans. One of the most important symbols of Juneteenth is the flag which features the colors red, white, and blue. The flag includes several symbols, each with a unique meaning. The star represents freedom for every Black American in every state. It also pays homage to the Lone Star of Texas, where the last enslaved people were freed. The burst surrounding the star symbolizes a new beginning for all. "From the middle passage to George Floyd, our blood has been spilled across America," according to Steve Williams, president of the National Juneteenth Observance Foundation.

Many people celebrate Juneteenth in different ways. Some throw parties while others attend rallies in their neighborhood. And some might even read articles and books to learn more about the holiday. This year many companies are selling a large amount of merchandise. However, some companies have faced backlash for selling merchandise. For example, Walmart, the nation’s largest retailer, was under fire last month after releasing a Juneteenth ice cream flavor with swirled red velvet and cheesecake. The cake was also under the store label Great Value. Walmart apologized and said it’s reviewing its product assortment and will remove items “as appropriate.”

In addition, the Indianapolis Children’s Museum had to remove a Juneteenth watermelon salad from its menu because watermelon is a common stereotype for African Americans. The museum issued an apology on Facebook earlier this week. The museum blamed a lapse in vendor oversight, noting the museum staff did not review the label and salad. The post stated,

“We are an imperfect institution, but we are committed to improvement and will work tirelessly to regain your trust.”

New York City had multiple celebrations and activities for people to participate in: The Westville Heritage Center and Black-Owned Brooklyn’s Juneteenth Food Festival included black vendors and performers, the Museum of the Moving Image screened Princess and The Frog, and Black to Broadway will return with a free 90-minute concert featuring artists performing original works in song, dance, and poetry.