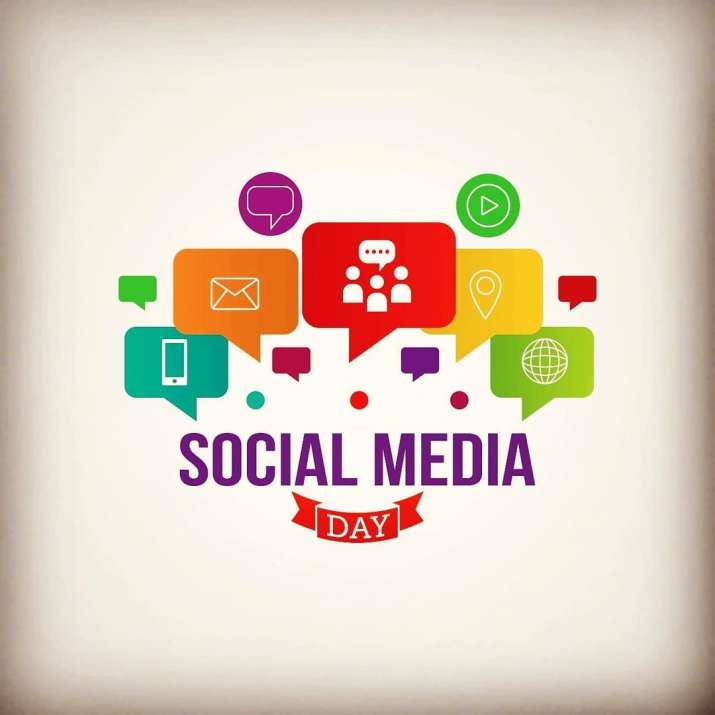 In these unprecedented times when the entire world has been struggling to find activities and ways to keep themselves engaged with reality, social media has proved to be a true savior. It has indeed established itself as a vital element in our lives and has altered our perspective of the world as well as the way we communicate and engage with our friends, acquaintances, and our loved ones.

Every year on June 30th, World Social Media Day is commemorated to showcase how social media has evolved into a vital communication tool and a voice for many.

Mashable was launched by Pete Cashmore in the year 2005. Within few weeks of its launch, it became an international entertainment, cultural, technology, science, and social good digital media platform. It was Mashable, that first commemorated the World Social Media Day on June 30, 2010, to highlight the impact of social media and its role in growing global communication.

The origins of social media and the manner in which it has grown are applaudable. Andrew Weinreich established the first social media site, which was known as Sixdegrees, and was introduced in 1997. It allowed its users to name their friends and family connections on the website. The site which gained a lot of popularity back then also provided varied facilities like message boards, school affiliations, and profiles.

Social media became mainstream with the debut of Friendster in 2002 and MySpace in 2003. Then, in 2004, the king of social media, Facebook, was founded. By sharing our opinions in less than 140 characters, Twitter urged us to be succinct. On the other hand, on occasions when someone wants to express themselves better through photography and short captions, Instagram and Flickr provide unlimited sharing options. Youtube, as the most popular video platform, is another place that the users choose to go to know and watch everything from how-tos , to pop culture, to what not to do if you find yourself clueless about your career path.

According to hootsuite.com, the number of internet users across the globe has rapidly increased by 7.6% in the last year, to 4.72 billion currently. It now accounts for almost 60% of the world's total population, which is a huge number. According to the data, more than half a billion new users joined social media platforms in a year, bringing the total number of social media users to 4.33 billion as of April 2021.

The distribution of users in the context of the most used social media platforms is as follows: Whatsapp-53 crore, YouTube-44.8 crore ,Facebook-41 crore, Instagram- 21 crore, and Twitter-1.75 crore. These numbers of the platforms speak enough for themselves and the importance they carry in people’s lives.

Furthermore, social media has truly changed the game by linking individuals worldwide, assisting key influencers in growing their brands, and assisting journalists in covering critical news events. And in many cases, it has become a medium for the poor to raise their voice against the discrimination done with them.

One of the most prominent and concrete examples to support the notion that social media has proved to be a tool of help is the ongoing covid-19 pandemic. Hundreds of strangers turned to social media every day for reaching out and asking for help with oxygen and hospital beds. The fervent calls for beds, oxygen, ventilators, and Remdesivir were dispersed across all major platforms which were on the road to becoming a beacon of hope.

It also became a venue for protesting against the government's apparent ineptitude in supporting its residents during the difficult period. While some shared painful experiences to highlight systemic flaws that resulted in the loss of a loved one, others shed tears of joy when they posted about the aid they received through social media that helped them.

People utilised apps and sites like Friendster, MySpace, and Facebook to interact and socialize in the past. However, in today's world, when nearly nothing is constant, newer and more powerful networking choices have emerged and gained traction in terms of usage. Twitter, Instagram, LinkedIn, and Snapchat are just a few of the apps available. They do, however, occasionally disseminate false information and act as conduits for fake news and misinformation.

It is an undeniable fact that social media, contrary to popular belief, may be harmful to those who use it. Random odd writings or hate posts have been discovered previously and are unfortunately still out there; creating damaging thoughts and consequences in society, particularly among the youth. To counteract such issues, social media handles have grown more attentive than before, ensuring that any misuse of the internet that could lead to retaliation is prevented.

However, every coin has two sides, and it is often difficult to tell whether facilities and various channels are being used for useful or detrimental purposes depending on the individual and the circumstances.

On the plus side, with the help of social media, people have joined hands and helped others in dire situations by responding to frantic pleas by delivering accurate information at the right moment.

A person’s image on social media can make or break them. There’s a reason behind the much-hyped support for online apps. They not only are responsible for making people famous overnight in many cases, but also for providing multiple venues for learning and communication. Not only the younger generation, but even the elder generation, is learning how to send messages and video contact their friends and relatives. This is most likely the reason why World Social Media Day is observed.

With all of its advantages and disadvantages, social media remains a need. In an ever-changing world, social media, like our culture, is a thread that holds all of us together. There’s a beauty in the way it encapsulates the good as well as the bad, the ugly as well as the beautiful. As the world rejoices in social media's magnificence today with several posts and stories, they must also pledge to use it as a basic tool rather than a lethal weapon.