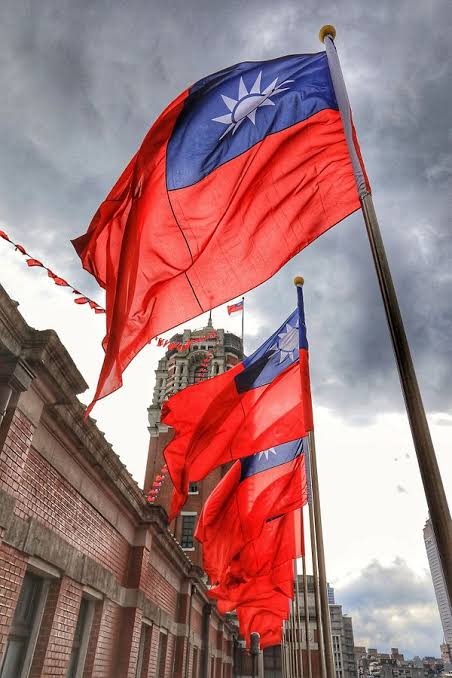 The tussle over Taiwan’s status has fueled China to use military aggression by flying over Taiwan’s airspace. China has violated the airspace law by sending 28 fighter jets to intimidate Taiwan. The US has issued a stern warning to China for its recent activities against Taiwan and warned them about the consequences. The US has been supporting Taiwan wholeheartedly and has sold $280 million arms to Taiwan. The recent bilateral meetings between both the US and Taiwan have put China in a situation where it has warned the country not to meddle in its internal matters. Taiwan, which sees itself as an independent nation, is administered by China, and according to a top US commander, there is a fear of the Chinese invasion of Taiwan in the next six years. Beijing, which has governed Taiwan since 1949, views it as a part of mainland China and has vowed to unify Taiwan with the country in the near future.

Taiwan's President Tsai Ingwen, whose party and the people of Taiwan wish to have independence, has rebuked Beijing by getting support internationally and ramping up their economy, political stability, and military might. It should be noted that Taiwan’s Covid preparation and handling has become an example; it has not only defeated Covid but has also supported countries with equipments. India recently received much-needed help from Taiwan. China has increased military aggression towards Taiwan because of the fear that Taiwan will get its independence which it deserves. China has blocked Taiwan’s entry into WHO and WHA as well.

Is Taiwan a part of China?

It is no secret that the clash between India and China in the Galwan valley has not been sorted, and neither the status quo. China entered the Indian territory by breaking the Panchsheel Agreement and then claims Galwan as their territory. In the future, it will be Sun and Moon as well, stating historically the Qing dynasty ruled the world. In that case, India ruled from Afghanistan till Myanmar during the Medieval Era under the Mughal Dynasty, and China, which was not even born, was ruled by Mongols and then Japanese.

President Tsai, who was elected in 2016, rebuked China’s claim of one-China principle and Beijing’s claim that the 1992 Consensus binds Taiwan to follow the agreement between the Chinese Communist Party and Kuomintang Party [ruled Taiwan], but the Taiwanese disagree on the consensus. According to President Tsai, she was elected and would continue cross-strait affairs with China according to the constitution of China. Taiwan has rejected China’s one country and two systems formula due to the fact that it would lead to the unification of Taiwan like Hong Kong.

China has been blocking Taiwan’s participation in the UN meetings, but the US and the G7 have pushed for Taiwan’s inclusion in the International Organisation. Taiwan holds the observer status of more than forty organizations like the Asian Development Bank, World Trade Organisation. The US has reiterated one china one rule and condemned any military aggression against Taiwan or face the consequences.

Many US officials do not acknowledge the one-China rule and, time after time, have supported Taiwan by selling arms for self-defense and maintaining cultural, commercial ties with the American Institute in Taiwan. The US will defend Taiwan through the policy of strategic ambiguity. During Donald Trump’s tenure as the US President, some senior officials visited Taiwan, including cabinet ministers and officials selling arms. President Joe Biden is following the same path as well, by allowing the meeting of officials and even invited Taiwanese representatives for the first time in the US.

China sees Taiwan as a part of the mainland and has warned countries to not meddle in their matters. The PLA has been putting pressure on Taiwan by removing the recent security law in Hong Kong and sending a message to the world. China has tried to wear down Taiwan by coercive actions. Regular patrolling around Taiwan, surveillance aircraft, and has increased warships in the Taiwan Strait. Taiwan has reported cases of cyber attacks by Chinese officials. Chinese obsession for Taiwan has led to huge backlash Internationally and has put China in a difficult spot. Taiwan, which is a young nation and has a relatively young democracy, has so far amped up its economy, and Economist’s Democracy Index has labeled Taiwan a full democracy. It is ranked eleventh most democratic government overall.

Most people in Taiwan support maintaining a status quo, few for complete independence and few for unification with mainland China. According to opinion polls, the majority rejects one China, two systems model, and sentiments have increased after China cracked down on Hong Kong’s freedom. Taiwan, which remains reliant on trade with mainland China, has drastically improved its economy with around $15 billion of trade with few countries. Taiwanese who feel more connected with their land than China have now taken a stand so that the world can hear them for their future.