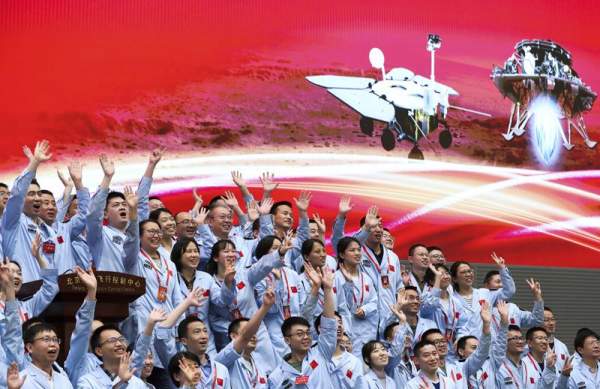 A Chinese spacecraft has landed on Mars, making China the second country after the US to send a rover to the surface of Mars. The successful touchdown is a remarkable achievement, given the difficult nature of the task.

A China National Space Administration (CNSA) lander from Tianwen-1, which has been in orbit since February, touched down on Utopia Planitia, a large plain in the northern hemisphere of Mars on Saturday at about 7 a.m. local time according to reports by the state media CCTV. 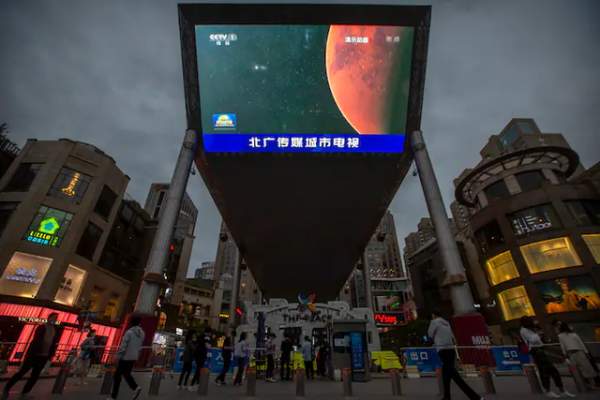 The lander was carrying the Zhurong rover, named after an ancient Chinese God of fire, which will explore the surface near the landing site. Chinese President Xi Jinping congratulated the mission team on its "outstanding achievement" in a special message. "You were brave enough for the challenge, pursued excellence and placed our country in the advanced ranks of planetary exploration," he said.

NASA's Viking 2 visited Utopia Planitia in 1976, a few months after its twin, Viking 1 made history as the first probe to land safely on the Planet. The U.S. Space Agency has sent several missions since then and its latest, the Perseverance rover, has been on the surface since February 18. On April 19, the U.S. Space program became the first to fly an aircraft, the Ingenuity helicopter, on another planet.

The Mars rover could provide a public relations boost to President Xi Jinping's government following the crash of debris from a Chinese rocket in early May which raised alarms worldwide about the secrecy of the country's space program.

"The Zhurong Mars rover is hoped to ignite the spark of China's interplanetary exploration and guide humanity deep into the vast yet unknown outer space," CNSA announced last month. 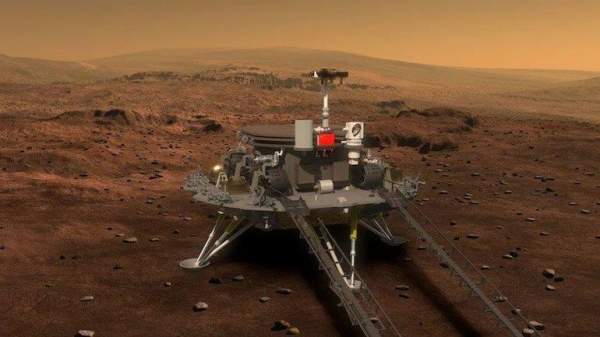 The robot officially landed shortly after 07:00 on Saturday, Beijing time (Friday 23:00 GMT), according to the state media. It took 17 minutes to unfold its solar panels and send a signal back to Earth. The probe then spent time surveying Utopia, taking high-resolution photos to pinpoint the safest place to put the rover down. The aim with all such ventures is to pick a spot that is devoid of imposing craters where the landscape is not covered in large boulders.

The current distance to Mars is 320 million Km, which means radio messages take almost 18 minutes to reach earth. The rover was encased in an aeroshell for its initial phase of the nine-minute descent. This capsule's dive to the surface was slowed by pushing up against the Martian air. The heat this generated was managed by a forward-facing shield. At a predetermined time, a parachute opened to reduce the velocity still further. Finally, the Zhurong robot broke away on a rocket-powered bench for the maneuvers that took it safely to the ground. 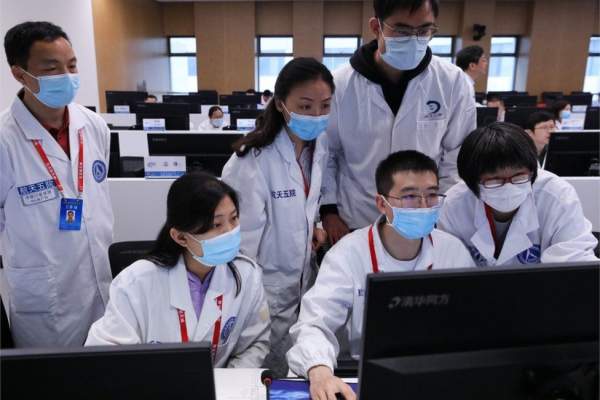 Now that Zhurong has got down successfully, scientists will try to get at least 90 Martian days of service out of it, studying the local geology. A day, or Sol, on Mars lasts 24 hours and 39 minutes. The rover will need to work fast as it can last three Martian months, about 92 days on Earth.

The robot looks a lot like NASA's Spirit and Opportunity vehicles from the 2000s. It weighs some 240Kg and is powered by fold-out solar panels. A tall mast carries a camera to take pictures and aid navigation; five additional instruments will investigate the mineralogy of local rocks and the general nature of the environment, including the weather. Like the American rover, Zhurong has a laser tool to zap rocks to assess their chemistry and radar to look for sub-surface water-ice.

Utopia Planitia is where NASA landed its Viking-2 mission in 1976. It's a colossal basin more than 3,000km across. that was formed an impact early in Mars' history. "It's the most difficult place in the solar system to land," said Emily Lakdawalla, author of "The Design and Engineering of Curiosity," about the NASA rover that landed in 2012. China's success on the first attempt  "tells you that they are one of the most capable space agencies," she said.