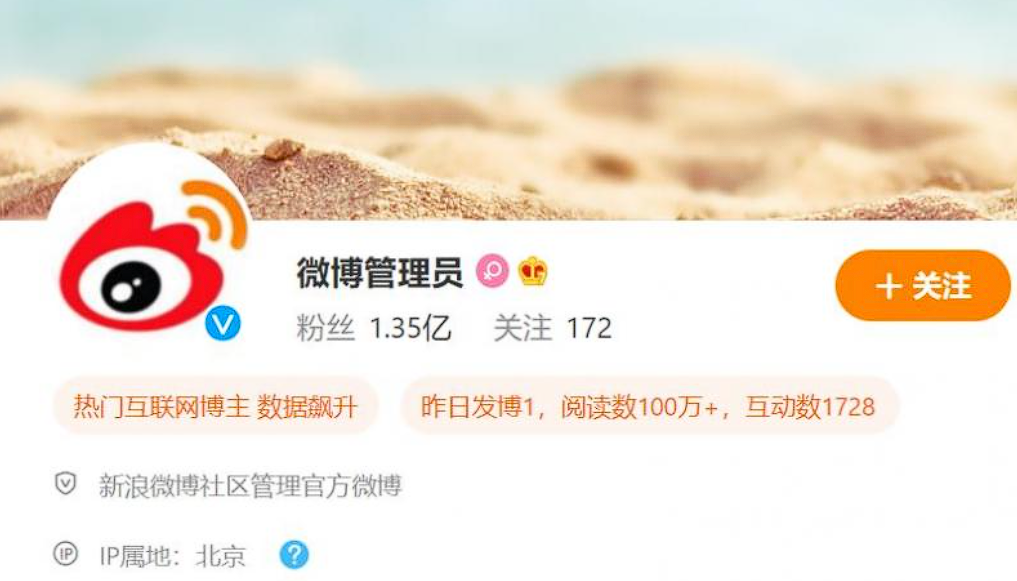 In March, Sina Weibo started to launch a function to display users' geolocation. Based on this, product upgrades with new functions were carried out on April 28, which means the users’ location will be displayed every time they make a comment. Meanwhile, the function of "displaying location on users’ personal homepage" is launched. It does not show the detailed address, but the province if the user is in China, the country if the user is outside China. This function can’t be turned on or off by users themselves. In the beginning, the locations of official accounts were not shown. After the strong public opinion stating it is unfair, the locations of official accounts were also shown similar to other accounts.

The announcement made by the official Sina Weibo community management account is: “Weibo has always been committed to maintaining a healthy and orderly atmosphere and protecting the rights of users to obtain real and effective information in the first place. In order to reduce the number of people pretending to be involved in hot events, malicious rumour-mongering, chasing clout and other undesirable behaviours, and to ensure the authenticity and transparency of the content disseminated, the site launched the display users' location function in March this year".

In past years, Weibo has been fined several times for the violation of the Cybersecurity Law of the People's Republic of China. From January to November 2021, Sina Weibo has been disposed of 44 times with fines totalling RMB14.3 million

Once the announcement was released, it quickly set off a wave of discussion about the real-name system on the Internet. Display location was seen as "a precursor to a real-name system, and a clarion call to say no to cyber violence".

There are two main voices in the netizens regarding the whole controversy. One is worried about too much exposure of personal information, and the other is supportive, believing that it reduces rumours and protects security. People are worried about whether it violates the users’ right to privacy and whether the display of one’s IP has gotten the approval of that person.

Some netizens worried that it might lead to some attacks based on users’ regions. Some of the female users said that they are worried about their personal safety if their locations are visible to everyone including stalkers. IFENG News mentioned that it also influences the public figures, especially those who hand over their account to someone else to manage. This function would impact celebrity culture.